>>> When Marnie Was There

WHEN MARNIE WAS THERE Rating: NNNN.  Hiromasa Yonebayashi's When. 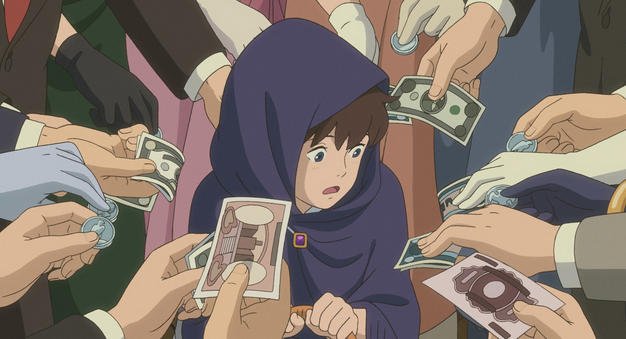 Memories and reality blur in dreamlike When Marnie Was There.

Memories and reality blur in dreamlike When Marnie Was There.

WHEN MARNIE WAS THERE Rating: NNNN.

Hiromasa Yonebayashi’s When Marnie Was There is a dreamy animated drama about Anna, a sickly, socially anxious teen sent to spend a restorative summer with relatives in the country.

Though she doesn’t get along with the local kids, Anna is soon befriended by a bubbly girl who lives in a musty old mansion that everyone else seems to think is deserted. So, yeah, that’s kind of weird.

This being a production of Studio Ghibli – the Japanese animation house that gave us such mythological adventures as Princess Mononoke, Spirited Away and last year’s The Tale Of The Princess Kaguya – “weird” is putting it lightly. Time itself becomes fluid memories and reality blur together. And no one else seems to know Anna’s awesome friend.

The decision to keep the fantasy elements of Joan G. Robinson’s children’s novel at a slight remove is deliberate. Since Anna doesn’t fully comprehend what’s happening, neither can we. The delicacy with which Yonebayashi handles that aspect of the story makes the film feel almost fragile, as though it could collapse at any moment.

But Yonebayashi steers the story with confidence, finding a nice balance between the very English source material and the movie’s rural Japanese setting. Small kids might not be into its steady pace and complex emotional palette, but tweens will totally get it. 103 minutes.