NOW MagazineNewsWhen the Olympic industry is calling the shots

When the Olympic industry is calling the shots

"Build it and they will come" became an article of faith for Pan Am boosters, as was the Olympic-style prediction that these would be "the best Games ever" 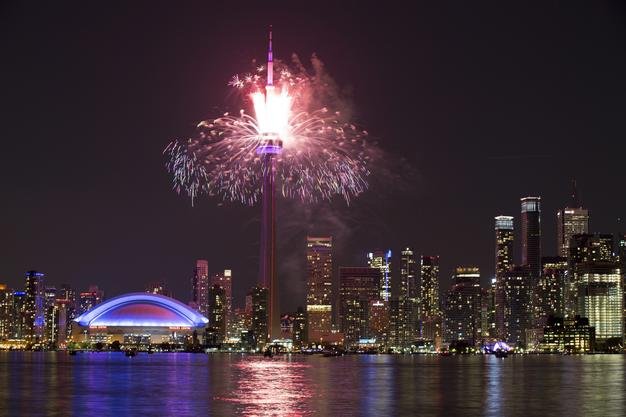 No one should have been surprised by the flurry of enthusiasm for another Olympic bid that burst forth as the Pan Am Games were drawing to a close in Toronto last weekend.

By somebody’s standards, the Pan Ams were a great success, thereby proving Toronto is a world-class city that can be entrusted with the big prize.

TTC service was certainly improved, although this sent the message that tourists are more important than ordinary commuters who need to get to work every day. And the unpopularity of HOV lanes proved that Rob Ford need not worry too much about the “war on the car.”

Canadians celebrated Canadian medal winners, while the media downplayed the fact that many countries, most notably the U.S., did not send their top athletes, many of whom were saving themselves for more prestigious competitions.

Sure, a winning home team makes everyone feel good, and Canadian athletes deserve recognition (as well as more government money so they don’t have to survive on Kraft Dinner), but exploiting those victories to push for an Olympic bid seems a bit undignified.

When Toronto announced plans to bid for the 2015 Pan Am Games in 2009, many Toronto residents reacted with a yawn. “They’re not the Olympics, so who cares?”

Although they’re only about half the size of the Olympics and include some low-profile non-Olympic sports, they share a lot of baggage with the Olympics and other sport mega-events: lack of transparency and accountability, public money subsidizing cost overruns, “white elephant” sports facilities, increased police presence and a raft of broken promises on housing and environmental issues.

At the leadership level, there’s also significant overlap between the Pan Ams and Olympics.

The Pan American Sports Organization (PASO) has 42 member countries, each sending their national Olympic committee presidents to represent them at PASO meetings. PASO president Mario Vazquez Rana held the position for over 30 years before he died in February, as well as heading the Association of National Olympic Committees. But don’t worry, according to Olympic boosters, longevity is just fine, because this is a world built on relationships.

Well, yes, we knew that when inducements involving the (very extended) Olympic “family” were exposed in 1998 and 99. And the so-called reforms of that era are for the most part superficial.

In 2009, some of the first voices raised in opposition to Toronto’s Pan Am bid came from the University of Toronto’s Association of Part-time Undergraduate Students (APUS), supported by community activists from groups like the Ontario Coalition Against Poverty (OCAP) and Bread Not Circuses, the coalition of community groups that had opposed Toronto’s bids for the 1996 and 2008 Olympics.

The group that evolved from these beginnings, No Games Toronto, organized educational activities, media events and protest rallies. And, in 2014-15, the U of T branch of the Ontario Public Interest Research Group (OPIRG) and OCAP joined forces to research Pan Am impacts and to host public events. Mainstream media mostly ignored them.

Of course, the side with the dollars and the spin doctors had the upper hand, but the efforts over a six-year period had some success in raising public awareness about the key questions underlying sport mega-events: Who pays? Who benefits?

One thing is clear: the provincial government is on the hook for quite a lot of (our) money.

Two new sporting facilities at U of T – the aquatic centre at the Scarborough campus and the field hockey facility at the St. George campus – have been touted as Pan Am legacies, even though student fees accounted for 75 per cent of the university’s contribution to the aquatic centre’s costs.

The “back campus” on Hoskin Avenue that had for decades been a recreational area – not to mention one of the few remaining sections of the original Queen’s Park – now has an artificial surface for field hockey, a project that local community members and others strongly opposed because of environmental, cultural heritage and archaeological concerns.

Slow ticket sales – fewer than half sold a week before the Games started – and the general lack of “buzz” forced the Pan Am PR folk to work overtime, with the mainstream press, U of T media and others playing the part of unofficial Pan Am boosters.

“Build it and they will come” became an article of faith, as was the Olympic-style prediction that these will be “the best Games ever.”

A few investigative journalists uncovered some of the scams and failed predictions. For example, the half-million dollars spent for Pan Am officials’ overseas travel, documented by the Toronto Star the $8.1 million for rental of pagoda-style tents (at $10,000 per tent) from a French company and low hotel occupancy rates reported by the National Post.

The Star and other sources also used freedom-of-information requests to good effect to expose details of cost overruns, staff bonuses and severance pay for Pan Am officials whose services were no longer required.

Despite two unsuccessful bids since 1996, Toronto’s Olympic boosters have never given up. There have been rumours of a bid committee at work for years, a group that surfaced briefly in 2011 to put the idea to city council. In one of the few decisions they got right, the Ford bros unilaterally rejected the proposal on financial grounds.

However, now that Boston’s bid has been pulled and Los Angeles may become the U.S. candidate for the 2024 Summer Olympics, the ground has shifted.

Although L.A. last hosted the Games more than 30 years ago, the fact that it was immediately suggested as the substitute for Boston shows that it is ready and able to host another Olympics – and perhaps its bid committee will have learned from the Boston fiasco that it’s unwise to budget for a $500 million (U.S.) operating loss and refuse to release the budget until coerced.

John Furlong, head of the 2010 Vancouver Winter Olympics organizing committee, was one of those who voiced his support for a Toronto 2024 Olympic bid last weekend, along with the head of the Canadian Olympic Committee, Marcel Aubut, and, more guardedly, Mayor John Tory.

In his 2011 book Patriot Hearts, discussing the 2003 bid process for the 2010 Olympics, Furlong talked about negotiating with Russian officials who were planning to bid for the 2012 Summer Games.

He gave them Vancouver’s campaign strategy in exchange for their vote, a swap he claims was not “illegal or unethical” – and the IOC agreed after a superficial investigation.

Former British prime minister Tony Blair did something similar and boasted about it in his 2010 memoir, A Journey: My Political Life. A word in the ear of his friend Italian prime minister Silvio Berlusconi and London could probably count on the Italian IOC members’ votes for London’s 2012 bid, he said.

Perhaps “ethics” is defined differently in the higher echelons of the sports world. After all, the IOC is the self-defined “moral authority on world sport,” so it can define morals however it wishes.

The magic of the Olympic brand blinds politicians and public alike when it comes to bidding for the Games, despite evidence that dreams can become nightmares when the Olympic industry is calling the shots.