Where does Olivia Chow stand on a subway relief line? 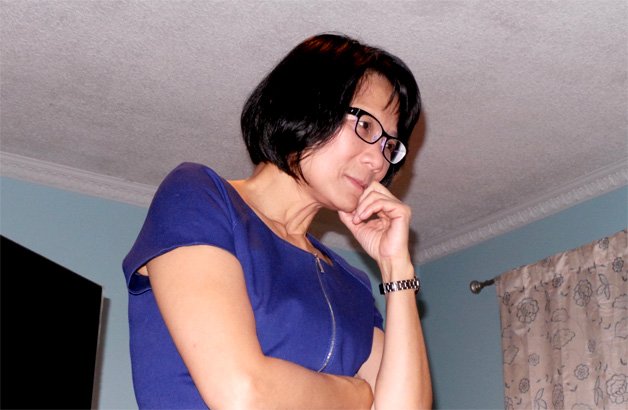 At his Wednesday night campaign launch, John Tory hammered Olivia Chow for her apparent refusal to commit to a downtown relief line. “The NDP candidate for mayor … she says she might get around, she might get around to building the Yonge Street relief line ‘eventually.’ That’s her word. ‘Eventually,'” he said.

There were boos and cries of “Shame!”

Indeed, at a media availability following her own campaign launch on March 13th, Chow declined to answer a yes or no question about a downtown relief line, instead saying that it “eventually needs to be built.”

Her blasé dismissal of something many transit experts (and most other leading candidates) deem a priority was the most puzzling thing to come out of her first week in the race. It was an odd and poorly explained position that left her vulnerable to repeated attacks from the Tory war room, which quickly set up a website for the very purpose: buildsubwayrelief.ca.

So I asked Chow about this late Saturday night, as we rode the subway home together from an event in Scarborough. This portion of the interview took place in the stretch between Victoria Park and Coxwell stations:

Me: The one thing that perplexed me from the first couple days of the campaign was the question of the relief line and what your position is and why you’re taking it. The other day you said sort of “we’ll get around to it eventually.”

Chow: No, no, no. I think we need to see how much money we have. I would love to have it built. But … can we fund it? Where’s the funding gonna come from? Of course it’s needed.

Me: That is something that would be a priority?

Chow: Oh absolutely. But I’m not gonna go promise things that I don’t know where the funding comes from. That’s not my style. [That’s] the other candidates’ style, but certainly not my style, right? If you can’t say where the money comes from or how much it is or when you think it can be done – then it’s a promise that’s empty. It’s not meaningful.

Me: It’s not meaningful, but it’s people saying what they would like to do, what their priorities are, which at this stage other candidates can sort of get away with. Further on, people will ask them for costs, plans, and stuff…

Chow: I don’t think people… If you promise something, you need to say how you’re gonna fund it.

Me: And you think that’s something you might be able to promise and fund later in the campaign or is it a wait and see?

Chow: Any campaign promise I’m gonna make, I have to cost it out and identify how it’s gonna be paid. With the downtown relief line – yeah, it needs to be built. But let’s look at how much money we have and… remember my line? “You can’t spend what you don’t have”?

Here’s what Chow said at her launch that created this headache in the first place:

The National Post’s Natalie Alcoba: Olivia, are you committed to building the downtown relief subway line?

Chow: Ah. It is important to make sure that we are not so jam-packed, and I will be releasing a transit policy, a comprehensive one. We need to figure out a way to move people faster, doing it now, and it is important.

Alcoba: So is that a yes or a no to the downtown relief line?

Chow: The downtown relief line eventually needs to be built. The question is how do we fund it and what does it connect to and is it through the GO line, etc. All of those things, we will lay out the details. But you know what? I grew up taking the TTC. I know, and we know what it’s like to be packed. I was on the TTC yesterday, during rush hour. It is packed. And there’s no reason why we are paying more today and getting less service. It is more packed.

So she did mention laying out the details later. But it was the “eventually” line and her broad deflection that everyone remembers.

Before Tory had even finished his speech on Wednesday night, the Chow campaign put out a “reality check” stating that “Olivia of course supports a relief line” and criticizing Tory for his “unfunded promises.”

Chow is having a press event at 11 this morning, at which she’ll “unveil the second plank of her transit platform.” We’ll update when we know more.

UPDATE (3/20/2014, 1:15 pm): Turns out the aforementioned second plank of Chow’s transit platform is about improving rush-hour bus service through $15 million whose precise source she can’t yet pinpoint. (But being well less than a hundredth of the cost of a relief line, it’s relatively reasonable as far as unfunded commitments go.)