Where the Carols arent: Toronto’s holiday concerts and benefits galore

With many musicians getting off the road to spend time with family and friends, the holidays arent exactly a prime. 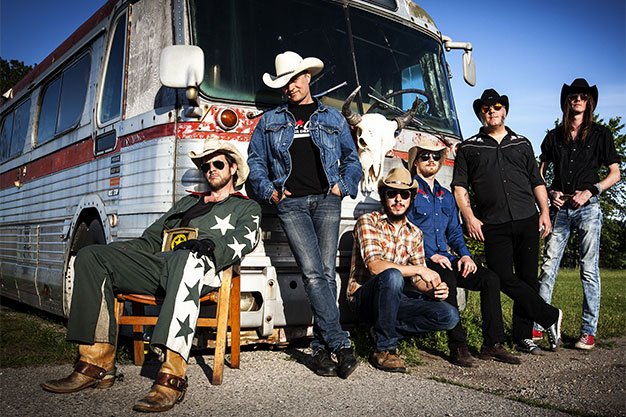 With many musicians getting off the road to spend time with family and friends, the holidays arent exactly a prime time to take in concerts. But dont think theres nothing but Messiahs going on. (Singalong Messiah is our pick in that department, by the way.) Here are a handful of events you dont want to miss, a few of which only ever happen at this time of year.

Big|Brave had a big, brave year. European tours. The first Canucks to sign to influential label Southern Lord. And their second album, Au De La, has been popping up on year-end best-of lists. If you like your rock exploratory and avant-garde, the Montreal trio will sate you. In keeping, Jessica Moss of Thee Silver Mt. Zion is also on the bill, along with local doom act Gates and gorgeously droney instrumentalists Northumbria. Expect ominous decor.

Rock n roll all nite when White Cowbell Oklahoma come home for Christmas. The Toronto heavy rockers annual holiday show is a hedonistic extravaganza replete with plenty of volume, alcohol, fire and skin, and guests who include weirdo punks the Noise from New York City, fronted by Arthur Googy King, who drummed for the Misfits in the early 80s.

Bring in money for SKETCH Working Arts and food for the Daily Bread Food Bank while also getting a rare chance to hear everyone from Ian Blurton and Andrew Cash to Jim and Devin Cuddy cover their favourite tunes.

Five bands for five bucks five days in a row. Cant beat that, especially when the lineup includes exciting up-and-comers like Zoo OWL, Ebony, Harrison, Clairmont the Second, Bambii, Allie, Kira May and Practice. Check our listings to see who plays when.

If all you wanted for Christmas was hardcore punk, then head to Coalition. Some of the bands include S.H.I.T., Mueco, Fuck SS and Mocoso. Its all-ages, a portion of proceeds goes toward assisting with the Syrian refugee crisis, and canned food donations go straight to the Parkdale Food Bank.