Where the wild things are

One year ago, chef Jason Bangerter left the concrete jungle of the entertainment district to cook at the greener pastures. 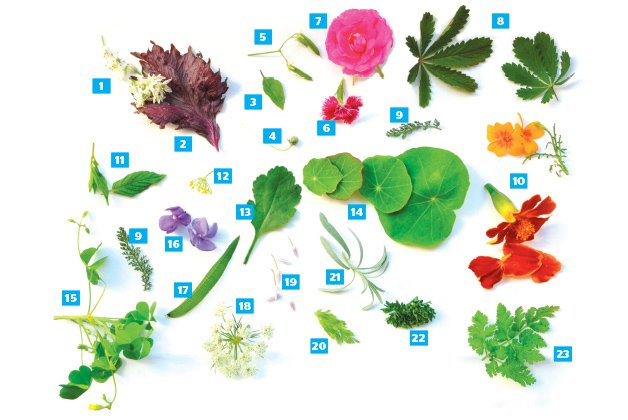 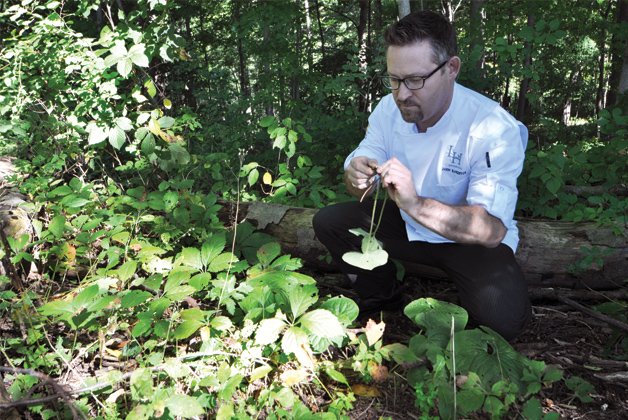 One year ago, chef Jason Bangerter left the concrete jungle of the entertainment district to cook at the greener pastures of the Langdon Hall hotel and spa, just an hour west of the city in Cambridge (1 Langdon, 519-740-2100, langdonhall.ca, @Langdon_Hall). In addition to having its own on-site edible garden, the posh property was literally blooming with wild ingredients he’d never seen before in all his decades of cooking. Here’s a look at what the chef-turned-forager and his cooks scrounge up each morning to create to his signature Terroir dish.

Found in woodlands, these beautiful white flowers – not to be confused with the similar-looking but poisonous lily of the valley – yield the same kind of sweet and sharp, watery taste found in green onions and leeks.

Related to mint, perilla leaves have a hint of anise flavour and are popular in Korean cuisine.

Dubbed “white man’s footprint” (seriously) for its ability to thrive in soil that’s been trampled and dug up (fields and roadsides are particular hot spots), the bitter leaves of wild plantain are best eaten raw when they’re young and tender. Older, larger leaves get fibrous and tough.

These little pods give a major wallop of garlicky flavour followed by a peppery aftertaste, so much that eating just one seed by itself is like eating a clove of raw garlic. They were planted years ago in the chef’s garden and have come back on their own every year since.

Juicy green apple is the first thing that comes to mind when biting down on the seed pod of the sorrel plant.

Flowers add flavour and texture – and help the presentation. This one is delicate and adds the intense flavour of roses.

These familiar-looking leaves that taste like mild salad greens grow along the road that leads up to the hotel. No, eating a few will not make you high.

This plant with feathery, fern-like leaves grows alongside roads, fields and in waste areas. Said to treat a variety of illnesses from colds to menstrual pain, yarrow is considered a weed and has a bitter, hoppy taste.

Bangerter’s favourite ingredient since he started cooking here are the petals of this orange flower, which have a bitter, citrusy flavour not unlike orange peel. He pairs them with scallops.

Five different kinds of mint sprout on the grounds, and they have to be isolated in planters and borders or the herb, considered a weed by home gardeners, will quickly take over.

Dill leaves are common, but rarely do you see the herb’s flowers, which look like little bursts of fireworks. (Gardeners typically pluck off the flowers so more leaves will to grow.) Bangerter likes using the fragrant yellow flowers that taste just like dill leaves for a burst of colour.

Found in meadows and roadsides, these daisies are considered weeds, but the whole plant can be eaten.

Pungent in peppery taste – its seed pods can be used instead of capers – these edible leaves and orange and yellow flowers are a gardener’s dream because they thrive when barely cared for.

These leaves have been popping up on menus as a garnish. Prized for their tart, slightly sweet flavour, they’re used to balance the sweetness of a dessert or give an appetizer an acidic zing to spark your appetite.

The pole bean flower is firm and crunchy, with an earthy bean flavour.

Sometimes used as a substitute for actual lemon in baking, these leaves give hardcore locavores a way to infuse food with a lemony scent without buying imported lemons.

These delicate, edible white flowers were named after England’s 18th queen and for their resemblance to lace. They bloom from spring to fall and can commonly be found growing wild in open fields and ditches, where they are considered weeds.

So fragile that Bangerter has to handle them with tweezers, the purple flowers of wild chives add a faint, garlicky crunch.

The leaves of Queen Anne’s lace have a mild, spicy salad-green taste and, while the plant is considered an invasive species (its other name is Bishop’s Weed), Bangerter simply picks off the leaves to add them to his salads when they pop up in his garden. The plant is part of the carrot family, so, yes, the root is a carrot, but its flavour isn’t as tasty as the cultivated carrot.

Silver-green in colour, peppery wild prairie sage grows fast and furious and is considered a pest even though it tastes mighty fine in stuffing.

The green herb is always fresh and cleansing.

A sweet licorice flavour dances on the tongue when you chew on the leaves of this plant, which grows wild behind Langdon Hall manor.

Every morning Bangerter takes a stroll in his garden – as well as the hotel grounds and hiking trails – to look for new wild things, be they mint, edible mushrooms like morels and puffballs, wild ginger or ramps.

He takes note of where he saw them and instructs his cooks to pick enough for the evening service.

For the Terroir dish, he sprays the ingredients with a light vinegar and then simply arranges them on a plate with a spoonful of cold-pressed canola sorbet.

The dish is different every night, depending on what the cooks find growing on the premises, but there are always at least 20 ingredients, making it the most impressive salad we’ve had. (Sorry, Susur Lee’s Singapore Slaw.)

Don’t miss: You, too, can forage