The rise of premium tequila in T.O. 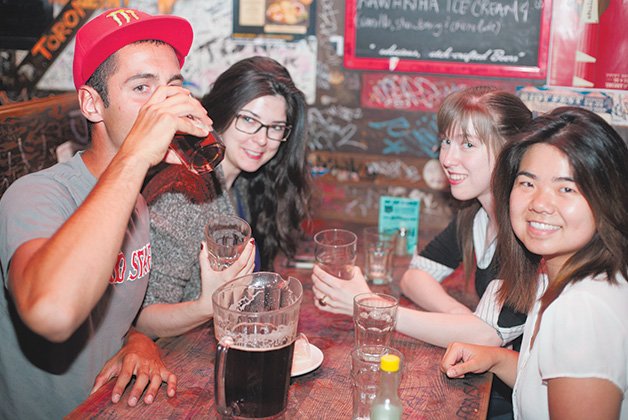 Tequila is not made from hallucinogenic cacti. It doesn’t have a marinated worm bobbing in its depths, and it’s not at its most enjoyable when slammed with salt and lime or slurped from somebody’s cleavage.

Tequila is a spirit that deserves respect – reverence, even – it all too seldom receives.

But perceptions about the unfairly dubbed “party shot” are maturing, and bored as I am with the taco trend, I can’t deny that our ever-multiplying Mexican restaurants have carved out a broader, better showcase for premium tequila.

Though the tequila bar concept is just achieving mass appeal in Toronto, one bar has been rallying for agave for almost seven years: Reposado (136 Ossington, 416-532-6474, reposadobar.com).

Owners Sandy and Catherine MacFadyen became acquainted with tequila on their Mexican honeymoon over 25 years ago. Many trips south later, they developed a passion that drove them to open a bar wholly devoted to tequila.

The MacFadyens opened Reposado with 35 bottles in 2007 and have since expanded their inventory to about 150 agave spirits.

“We were amazed when we opened because everyone’s association with tequila was bad hangovers and hugging the toilet,” says Sandy. “Now there are young women in the bar sipping nice tequila.”

So why those familiar negative associations? For a long time, most available tequila was what’s classified as mixto, a 51/49 blend of blue agave and cheap cane spirit – in short, the hellbroth responsible for your acid-liver flashbacks.

Although mezcal, tequila’s older cousin, is made throughout Mexico, premium tequila hails from protected denominations (like Cognac or Champagne) and is distilled from 100 per cent blue agave plants, which take years to grow before being harvested by hand (trust me, not an easy task).

The character of true tequila speaks for itself. It’s just a matter of convincing people to try it. The MacFadyens’ initial approach involved asking tequila-shy guests which spirit they normally drink and recommending a pour based on their preferred flavour profile. Sandy pulled this on me years ago, and it worked – I’m hopelessly hooked on agave.

Eric Brass, Toronto-based co-founder of Tequila Tromba, took a similar approach when launching his product two years ago, introducing Tromba to bartenders and letting them coax drinkers to try a taste of his fresh, citrusy blanco.

“Now consumers are starting to love tequila, and our great bars and restaurants have started to embrace the spirit,” says Brass.

An entire Tromba line (blanco, reposado, añejo) was recently released in the LCBO and will be launching in the U.S. next month. The brand also holds the Guinness World Record for the world’s largest tequila tasting, set in downtown Toronto last fall.

With spring around the corner, there’s no better time to get your ass to Reposado or one of the following spots for some liquid sunshine.

A gorgeous, sprawling space in the Distillery, El Catrin (18 Tank House, 416-203-2121, elcatrin.ca) has an impressive back bar stacked high with tequila and a modestly priced, agave-centric cocktail list.

Ever-popular La Carnita (501 College, 416-964-1555, lacarnita.com) rocks a tight and interesting list of tequilas and mezcals for washing down your tacos.