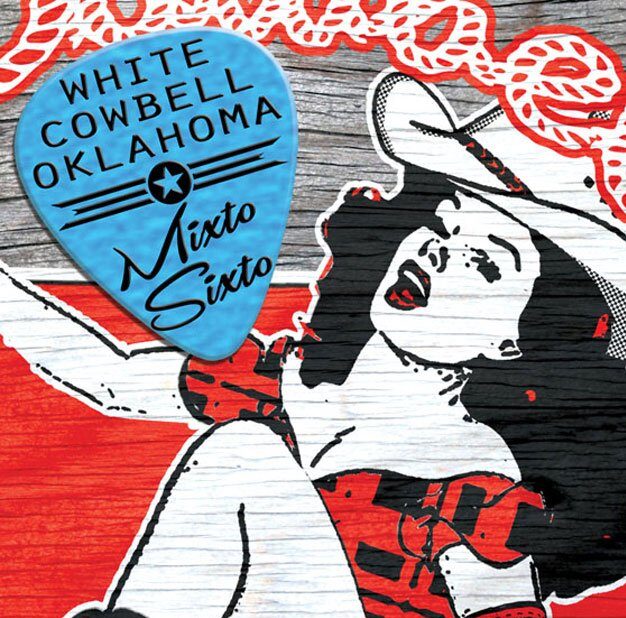 There’s no warm-up for White Cowbell Oklahoma’s sixth full-length release, recorded at Zeus’s Toronto studio and also in concert in Amsterdam. As in their live shows, where flames and power tools feature prominently, the underrated Toronto old-school rockers throw us into the fire immediately, and that fire doesn’t die until long after the final chords – from not one, not two, but three guitars – ring out.

They open with an absolutely ferocious cover of Deep Purple’s Speed King and close with a suitably wild and zany rendition of Frank Zappa’s Magic Fingers, both staples of their live set. Think boisterous gang vocals and harmonies, cowbell pounding and so much gloriously woozy guitar-string-bending, riff-chasing and cosmic psychedelia.

The four originals in between invigorate, too. Sure, I’m Screamin’ For It, an homage to Screamin’ Jay Hawkins, veers too close to clichéd blues rock, but acid rocker Keep It On The Rail shape-shifts structurally and rhythmically in surprising, progressive ways, reminding you of the band’s 15 years’ experience together and astounding musicianship.

Top track: Keep It On The Rail

Stream it here. White Cowbell Oklahoma play the Silver Dollar on Thursday and Friday (March 26 and 27).