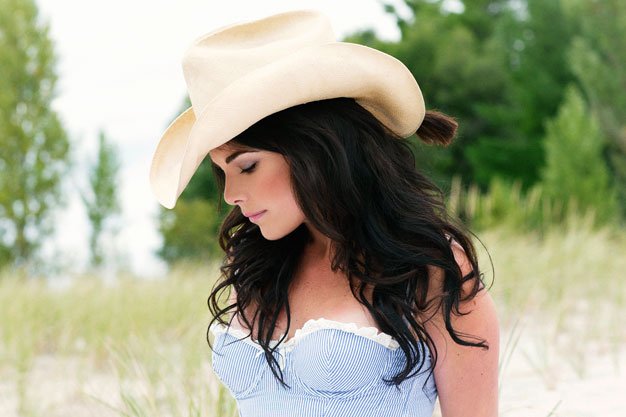 She started writing the songs that fill her 2012 debut record while living with a cowboy on a farm in Southampton, Nova Scotia, her only friend a horse named Marty. Before that she’d hung out at her grandparents’ bar in Charlottetown, raised since toddlerhood on a steady diet of the greats, starting with the granddaddy of country himself.

“There was all this country music playing around there, and any time we had any kind of good old East Coast kitchen party, we were doing Hank Williams songs,” Rose says over a beer in Kensington Market. “That’s what I was first exposed to. I sang Hank Williams before I can remember singing Hank Williams.”

Nods to classic country fill Rose’s sophomore album, Heartbreaker Of The Year (Cameron House), from the fiery swing of My First Rodeo to the hazy, honky-tonk swirl of Ain’t It Wise and even the lullaby version of Williams’s own Tear In My Beer. And the record’s personnel includes actual country royalty, like members of the Mavericks. Credit that to hard work rather than luck.

“I’m very grateful for the things I’ve gotten to do in music, but I don’t recall having entered a goddamn draw for the opportunity. So let’s just forget the word ‘lucky,'” Rose says.

While the 28-year-old’s generation tends to favour commercial pop country that evolved in Nashville, Rose was seduced by classic country and “the sincerity of it, the rawness, the honesty,” she says. As “the biggest advocate of simplicity [in songwriting] you will ever meet,” she notes there is no shortage of “real” country, even though you’re unlikely to hear it on commercial radio.

She’d rather listen to country music that still has all its blood and guts, she says, recalling a conversation she recently had about what popular country has become.

“I likened it to being a beautiful bird in flight that was slowly losing all of its feathers. I was walking home after I had that conversation, just thinking, ‘God, the bird isn’t losing its feathers – it’s losing its vital organs. There goes the heart. There are the lungs.'”

It’s not dead yet, though. And Heartbreaker Of The Year should help put that beautiful bird back together.