Who exactly is shopping at Saks Fifth Avenue in Toronto? 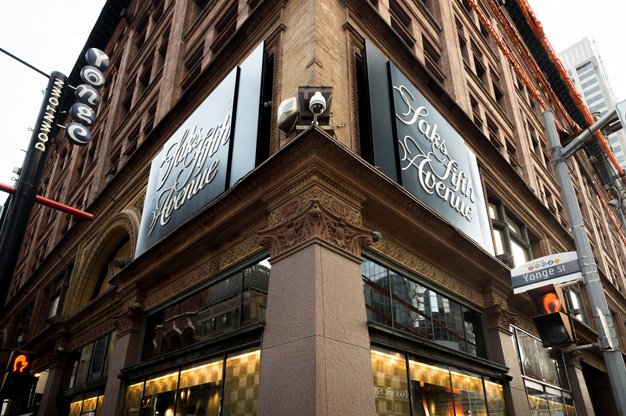 Canadas first Saks Fifth Avenue opens its doors today at Eaton Centre, but many Toronto residents will likely never walk through them. And for those who do step into the luxury department store downtown (or the location opening at CF Sherway Gardens next week), the experience will be closer to window shopping than charging up the credit card.

Acquired by the Hudsons Bay Company in 2013, Saks opened in New York in 1867. Nearly 150 years later, its moving north at a time when the Canadian dollar is nervously low and consumer debt is on the rise. According to Stats Canada, at the end of 2015, the average Canadian household had nearly $1.64 in debt for every dollar of disposable income a record high.

Saks is also opening less than a year after another major American retailer so spectacularly failed in Canada. Target, purveyor of the cheap and cheerful, shuttered over 100 Canadian stores shy of its two-year milestone last April. Why werent we spending our hard-earned cash at Target like so many people down south? It was a mix of poor location planning and Canadian up-pricing, according to retail analysts. But perhaps when shopping at a store no longer requires flashing a passport at customs, it feels less special, too.

Saks, however, is obviously targeting a different customer than Target shoppers. A press release sent out ahead of this mornings ribbon-cutting ceremony with American fashion designer Phillip Lim described the stores offerings as an elegant edit of the best designer names, including Dior, Valentino, Louis Vuitton, Prada, Givenchy and Saint Laurent.

This is a store where its not unusual to see a four-digit price tag attached to a sundress or key chains for $500 where a fur salon selling chinchilla capes exists and Parisian sunscreen marketed to men retails upwards of $300.

Its a store for those with cash to burn, or at least several paycheques saved up for that one-time splurge on a designer handbag the ultimate status symbol. Its for wealthy European tourists taking advantage of the low loonie, and millenial foreigners tired of walking the same Yorkville route.

But its not for average working Canadians. Or at least our collective debt says it shouldnt be.