NowMagazineNewsWhy are so few Black people cycling in Toronto?

Why are so few Black people cycling in Toronto?

Like a fast-growing number of Torontonians, I ride a bike.My reasons aren't that different from other cyclists': it's a cheaper. 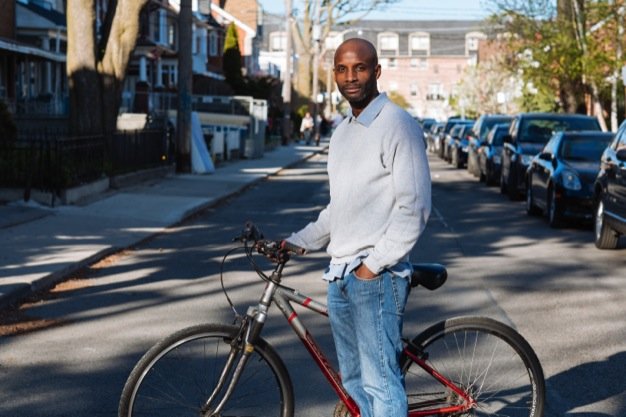 Like a fast-growing number of Torontonians, I ride a bike.

My reasons aren’t that different from other cyclists’: it’s a cheaper and often quicker alternative to both driving and public transportation.

There is, however, at least one thing that sets me apart from most cyclists: I am Black.

Although hard numbers on cycling diversity, or the lack thereof, are hard to come by, its popularity remains uneven across ethno-racial lines. Or put another way, cycling still seems a white thing.

If recent surveys are accurate, part of the answer has to do with better infrastructure: more bike lanes, more bike parking and the like.

But there’s another factor that has so far received less attention. More people cycle because more people are cycling. In other words, growth in cycling reflects a kind of social contagion, the same way rates of smoking and obesity have been linked to processes of social contagion by social scientists.

People are connected to various social networks (the web of social relationships in which we are embedded), and researchers have convincingly – if not uncontroversially – argued that the behaviour of persons in our networks can affect our own in various ways. The idea is that a behaviour can spread as people pick up unconscious social signals that it’s normal.

But if more people are cycling because their friends are cycling, why aren’t more Black people cycling? Don’t they have friends, too? Yes, but it’s a well-studied fact that social networks are often less racially and ethnically diverse than we think.

Typically, when scholars study the racial homogeneity of social networks, their aim is to learn whether and how they work to disadvantage minorities by providing whites with privileged access to valuable resources such as jobs. If, for example, what matters most in getting a job is not what you know but who you know, and whites have historically dominated the most sought-after jobs, then it’s easy to see why homogeneous networks might be troubling.

But racially homogenous networks can also serve as conduits for the racially differentiated spread of healthy behaviours, and one of these is cycling.

This point finds some support when we look at the neighbourhoods where cycling rates are highest. In Toronto, the areas with the highest number of utilitarian cyclists (including Parkdale, Little Portugal and nearby ‘hoods) tend to be in the west end.

Although these neighbourhoods aren’t among the city’s whitest, they’re not the Blackest either.

A second reason why so few black people cycle has to do with socio-economic status.

As with most other racialized groups in Toronto, poverty rates among Black people are higher than among whites. This means they should generally be less able to afford cars and consequently more dependent on alternative modes of transportation – facts that should make them good candidates for utilitarian cycling.

But it’s not so simple.

If some economic factors seem to push in the direction of more Black cyclists, other factors push the other way.

Since the 1980s, as the ethno-racial backgrounds of immigrants have changed, so too have their settlement patterns. They’re now much more likely to live in the 905 than in the 416, especially its older neighbourhoods. Cycling, however, makes more utilitarian sense (think of the difficulty of regularly cycling great distances) in more urban areas.

In fact, economic factors, at least when combined with cultural factors, might push in the direction of fewer Black cyclists. If poverty tends to necessitate non-car alternative modes of transportation, it might also make car ownership particularly attractive.

Consider some interesting facts from the U.S., where African Americans are far less likely than any other demographic to own a car. According to a 2008-12 survey from the U.S. Census Bureau, however, they are more likely than other groups to want to own one and less likely to see cycling as a desirable mode of transportation.

As Eve Bratman and Adam Jadhav wrote for citylab.com in July 2014, these facts suggest that “auto-mobility remains a paradoxical cultural and status symbol, such that while wealthier people increasingly reduce their car dependency, poor people still aspire to car ownership.”

Or as one young Black professional in a UK study puts it, “When you’ve made it, you buy a car, not a bicycle.”

Although recent controversies over racial profiling might suggest that anti-Black discrimination is a distinctly law enforcement problem, the truth is that discrimination here, as elsewhere, extends to virtually all areas of life, from the most public and formal to the most private, and everything in between.

So Black people can and do encounter forms of discrimination while shopping, dining and just taking a leisurely stroll in their neighbourhood. Even the most solidly middle-class black people can be subjected to it.

However, as the American sociologist Karyn Lacy has documented, middle-class visible minorities employ a number of strategies to lessen, at least to some extent, its impact. Effectively signalling their middle-class status is one.

Unlike middle-class whites (who can afford to pay little overt attention to their race and class), the Black middle-class can less afford to be oblivious to the class status implications of their self-presentation. Yes, anyone can have their class status misidentified. But the consequences aren’t the same for everyone.

If Afro Canadians face poorer treatment than others in public and semi-public places, and recognized middle-class status sometimes cushions this ill treatment, they’ll have more reason to continually wear their middle-class identity on their sleeve (by, for example, dressing down less). It is not clear that cycling is compatible with this.

To be sure, cyclists come from many walks of life, and the evidence suggests that it’s largely a middle-class activity, one that even most utilitarian cyclists engage in out of choice as opposed to necessity.

But even if this is true and widely known, people – Black and non-Black alike – may be likely to assume that Black cyclists cycle out of necessity as opposed to choice.

One Sunday night last summer I got into a brief conversation with a fellow patron at a bar not far from where I live. As the hip-hop was booming, I was led to disclose that I’d cycled to the bar. He said, “Oh, you’re balling on a budget?”

What Cycle Toronto says about the equity gap in cycling

D.C. Matthew is a contract faculty member in the department of philosophy at York University. He works mainly on issues of race in political and moral philosophy.