Why cities are our secret weapons against climate change 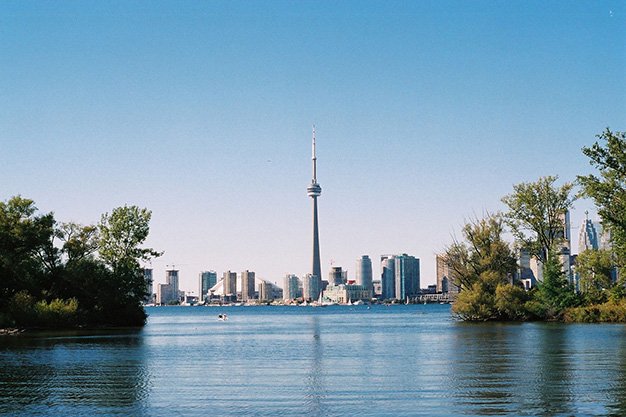 Sections of Torontos shoreline will flood or erode this spring

Toronto's greenhouse gas emissions have gone down thanks to the efforts of the Toronto Atmospheric Fund.

As the federal and provincial governments struggle to hammer out a pan-Canadian carbon pricing scheme, they may have overlooked a potential partner that could slash emissions nationwide: Canada’s cities.

Take Toronto. Despite robust economic and population growth, citywide emissions have dropped 24 percent since 1990. The City’s own emissions from over a thousand buildings, a fleet of vehicles, and waste management are down 46 per cent. By contrast, Canada’s emissions grew 20 per cent over the same period.

The Toronto Atmospheric Fund (TAF) is behind much of Toronto’s remarkable achievement.

Now celebrating its 25th anniversary, TAF was the brainchild of a City Council led by Mayor Art Eggleton. Over the years the agency has provided $50 million in community grants and investments from its endowment fund while shaving $60 million off the City’s operating budget. And it hasn’t cost taxpayers a dime.

What can Canada’s senior governments learn from TAF’s success?

A strategic focus is essential.

TAF’s first greenhouse gas (GHG) inventory pinpointed waste as a key emissions source. Toronto became one of the first cities to capture methane leaking from landfills and turn it into green power. GHG emissions shrunk and a new revenue stream was created.

Adopting a new green technology is risky. Municipal staff who champion innovation may be sidelined if new initiatives fail. TAF’s pilot projects verified new technologies, emboldening staff to adopt them across the city. For example, wind and solar electricity generation at Exhibition Place started at TAF.

Working with others removes barriers.

Over the years, TAF attracted much larger stakeholders who brought financial and market wherewithall to expand carbon reducing pilot projects. These include public agencies, energy utilities, the Federation of Canadian Municipalities, and major developers like Tridel.

TAF provided early and sustained support to the Ontario Clean Air Alliance, a coalition of 90 municipalities, companies, and citizen organizations instrumental in the phase out of Ontario’s coal-fired power plants – the single largest GHG reduction in North America.

Financial sustainability ensures an agency like TAF can stay on its game for the long haul. In addition to a permanent endowment, TAF has a Council-appointed board and expert community membership on two advisory committees.

• In 1996, TAF allocated $150,000 to a joint venture with Toronto District Heating Corporation (later Enwave) to implement a crazy idea: pump cold water from the depths of Lake Ontario to cool downtown buildings in summer. Partners then stepped up with more funds to advance the project. The plant cut electricity bills in 100 buildings and reduced strain on the downtown electricity grid.

• Half of Toronto’s emissions come from buildings. TAF pioneered TowerWise to retrofit Toronto Community Housing buildings. The aim is to establish confidence in tower retrofits and mobilize private financing. The projects are also improving indoor air quality for the City’s most vulnerable people.

• Since 2004, Smart Commute, an employer-based program, has helped commuters carpool and cycle to work, eliminating 1.3 million single driver trips and removing 10,000 cars daily from the roads. The North York Chamber of Commerce started Smart Commute as a modest TAF pilot. Metrolinx eventually adopted and expanded the program across the GTA.

To meet national climate commitments, Canada needs to rapidly scale up new technologies and mobilize public and private investment in low-carbon solutions. A national price on carbon won’t be enough.

Thinking globally and acting locally is the cornerstone of innovation. Senior governments should ensure that Canadian cities are resourced with their own brands of independent, innovative climate agencies to create and advance local climate solutions.

Philip Jessup has worked professionally on climate change, energy, and green technology for 30 years. He co-chaired the environmental committee that first recommended establishment of the Toronto Atmospheric Fund (TAF) to Council, served on its inaugural board, and was its staff director for nine years.

1988 International conference, Changing the Atmosphere: Implications for Global Security, is held in Toronto and the idea of TAF is born

2000 $335,000 supports establishment of carpool and cycle-to-work program, which is later taken over and expanded into Metrolinx’s SmartCommute TAF funds Clean Air Partnership and Smog Summit to the tune of $550,000 to address air pollution