Review: Why Don’t You Play In Hell?

Takes stamina, but worth it 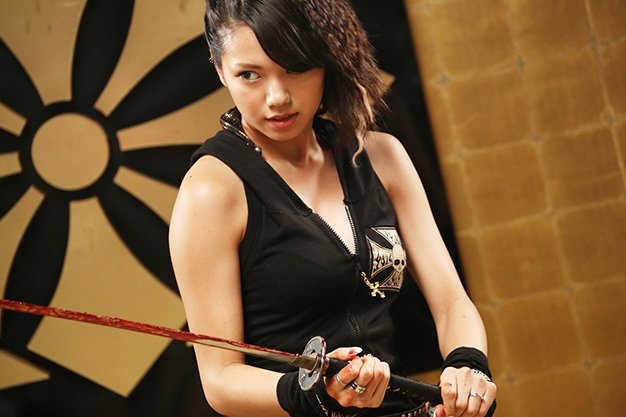 Fumi Nikaido adds a bit of fun to this uneven pic.

It might be best to approach Why Don’t You Play In Hell? as the world’s highest roller coaster. If you have the stamina to get to the fun part, it’s totally worth it.

In Sion Sono‘s 2013 feature – which won the Midnight Madness People’s Choice Award at TIFF that year – a yakuza revenge thriller plays out against a rambunctious tale of young rebel filmmakers determined to create a guerrilla action masterpiece. Both stories pay off in a climactic sword battle between rival gangsters, choreographed with massive helpings of gore, twisted humour and meta-narrative.

That sequence is a spectacular set piece, both conceptually and strategically, and watching it is like snorting cocaine through a Twizzler off a Blu-ray of Kill Bill Vol. 1.

But in order to get there, Sion slogs through 100 minutes of meandering character stuff that places his various film lovers, gangsters, warriors and bystanders where they need to be for the finale. And beyond a plot line featuring Fumi Nikaidô as a crime boss’s daughter bent on avenging her mother’s imprisonment, almost none of it is fun or engaging.

If you can make it till the end, there’s one helluva payoff.