Why Horwath pulled the plug

It may be hard for progressives to believe, but waiting any longer for an election risked losing more support to the PCs 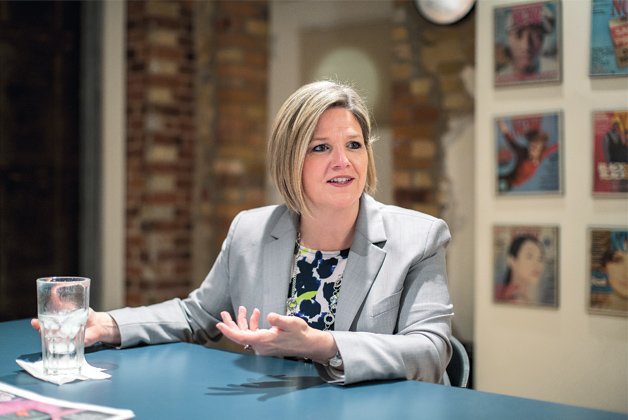 Not everyone is happy with the NDP’s decision to vote against the budget, and the media have made hay of the fact that some old-school NDPers are frustrated with the party.

But there are always some NDP members who disagree with some element of policy or strategy.

While the budget presented by the Liberals had many positive-sounding components, especially for urban voters, at the end of the day it was a much more cynical document than most realize.

Take the Ontario Pension Plan proposal, something many people are concerned about. There was nothing in the associated legislation of the budget to move this project forward other than a mention in the introduction.

Similarly, on other funding commitments, like infrastructure, there were lots of pledges but no evidence that the government would do anything to jump-start Toronto’s stalled LRT and subway proposals. On transit, the Liberals have been good at promising action, not so good at putting the shovels in the ground. Just ask the residents around Finch and Sheppard, who were promised LRTs that should have been under construction or completed by now.

As someone who has been a committed NDPer for a long time, I understood that provincial leader Andrea Horwath could no longer support a government that has wasted billions of taxpayers’ dollars that could have been spent on worthwhile programs and projects.

Progressive-minded people, who believe that government can be a force for positive change cannot allow poor public management to run rampant as it undermines support for government initiative and our democratic system.

And outside Toronto’s core, a large percentage of people feel that the NDP was becoming complicit in the mismanagement of the province by supporting the Liberals. Waiting any longer for an election, risked swinging more support to the PC in parts of the province where voters are, according to the polls, considering whether to vote NDP or Tory.

For many progressives, this scenario is hard to believe, but looking at various political attitude studies shows unlike strongly politically engaged partisans, most people more easily switch parties based a complex mix of factors and see no problem going NDP to Tory or Tory to NDP.

While the NDP platform released last week focuses on a lot of pocketbook issues, the party’s traditional values remain strongly represented, and its discussion of fiscal management would make NDP founder Tommy Douglas proud. He believed in reducing debt to limit the interest paid to bankers. Saskatchewan premier Douglas didn’t run a deficit after his first year, though he governed one of Canada’s poorest provinces.

In most of Toronto, with the exception of a riding or two in Etobicoke and Scarborough, it will be a Liberal or a New Democrat who wins, meaning that strategic voting against the Tories isn’t an important consideration.

Whether you felt an election was justified or not when Horwath pulled the plug, it’s time now to move forward and choose the next government of Ontario.

Adam Giambrone ran unsuccessfully for the NDP in last summer’s Scarborough-Guildwood by-election and remains an adviser to the party.