Why John Tory no longer adores the Ombudsman

In a great many ways, Mayor John Tory is nothing at all like his predecessor. But there are a remarkable. 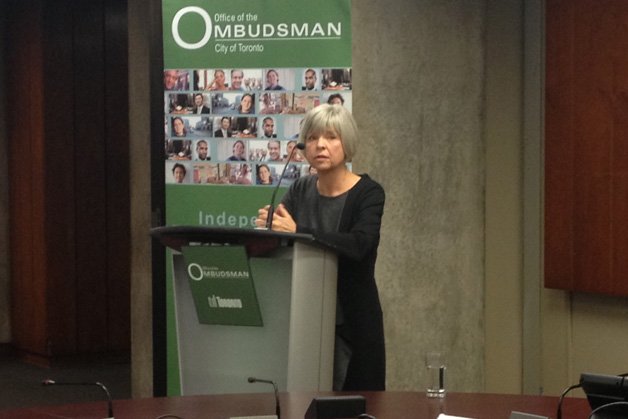 In a great many ways, Mayor John Tory is nothing at all like his predecessor. But there are a remarkable number of resemblances, and they often pop up unexpectedly.

Back in January 2011, newly elected mayor Rob Ford went after the Toronto Ombudsman. She had requested $103,000 for two new staff positions in her office, but “due to affordability constraints” the Budget Committee turned her down and tossed the money into the opaque black hole of the “Non-Program Expenditure” budget instead.

This would not have been so notable had other City services received similar treatment that year. As the National Post put it in a headline, “Ford cuts one thing oversight at city hall.”

The office of Ombudsman Fiona Crean, tasked with resolving resident complaints about city services and investigating systemic issues, was a conspicuous and curious target for Ford’s early wrath.

John Tory, then the host of Newstalk 1010’s The Live Drive, was a big fan of Crean. She’d been on his show at least a couple of times.

And thanks to her office’s rigorous archiving of media clips, we know Tory said the following on or about Jan. 31 of that year:

His words weren’t heeded, and efforts to rescue the Ombudsman’s budget failed at Council.

Now Tory is going through his own first budget as mayor, and a similar set of events is playing out. The Ombudsman is asking that her office’s funding be increased by $440,000 to add six new positions to “relieve short-term pressures and meet the sharp increase of individual complaints and complex systemic challenges” [pdf]. She warns in her report that there is currently a “severe and chronic lack of resources that threatens to cripple the operations of the Office.” In spring 2014, Council expanded her jurisdiction to include every city-controlled corporation but didn’t give her any new resources to handle them.

Upon a motion from Councillor Michelle Berardinetti, Tory’s Budget Committee nixed the request and rerouted the bulk of the money toward student nutrition.

Councillor Paul Ainslie, according to David Nickle, was ready to restore the funds when the budget came to the Executive. But he “was advised to back off” by the mayor’s staff, because they had their own plan to deal with it at Council. (Ainslie told me he was informed that some sort of “compromise” was in the works.)

To make this happen, Tory would cancel a bunch of new TTC operating positions.

As Tory himself observed in his introduction to a Jan. 2010 interview with Crean [pdf]:

There’s something to be said for honesty.