Why pick on Avril Lavigne?

When we talked to cover subject Avril Lavigne. 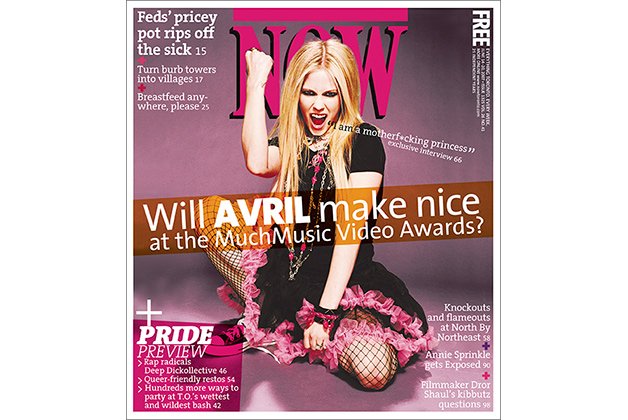 When we talked to cover subject Avril Lavigne before she made her third straight appearance at the always unpredictable MuchMusic Video Awards, she was a cocky pop princess married to Sum 41’s Deryck Whibley.

Now she’s a cocky pop queen married to Nickelback’s Chad Kroeger, which might explain the ludicrous heat she’s receiving for her Hello Kitty video. Loathing Nickleback is so hip, after all.

On the vid, Lavigne spouts nonsensical Japanese, performing in front of young Japanese women backup singers whose facial expression and dress are identical.

The reaction online has been vicious, with Billboard leading the charge. The venerable music mag called the girls creepily expressionless and trashed Lavigne for using women of colour as accessories.

Never mind that the criticism isn’t coming out of Japan, where Lavigne has a healthy fan base. My question is, why does everybody else get away with using all kinds of women as accessories in music videos?

Just turn on BET or MTV. I’m not just talking about hip-hop. In just about every genre, the guys are fully clothed while the women are half-naked. That’s called objectification.

Black backup singers have been used for decades to improve the sound of white performers with much poorer vocal chops.

And creepily expressionless? I remember when British pop sensation Robert Palmer sang Addicted To Love in front of four identical-looking women pretending to play guitars. The shit did not hit his fan. He was considered über-cool. Do you think that’s because he’s a guy?

Don’t get me wrong. I don’t love cultural appropriation, and by the way, I think Nickelback suck, too.

But before you unload on Lavigne, have a look at the bigger picture – literally. Female representation in music videos has been pathetic for decades. Spread the criticism around, why doncha.