Little seems to be standing in the way of the Royal Canadian Legion, its Remembrance Day poppies and the respect. 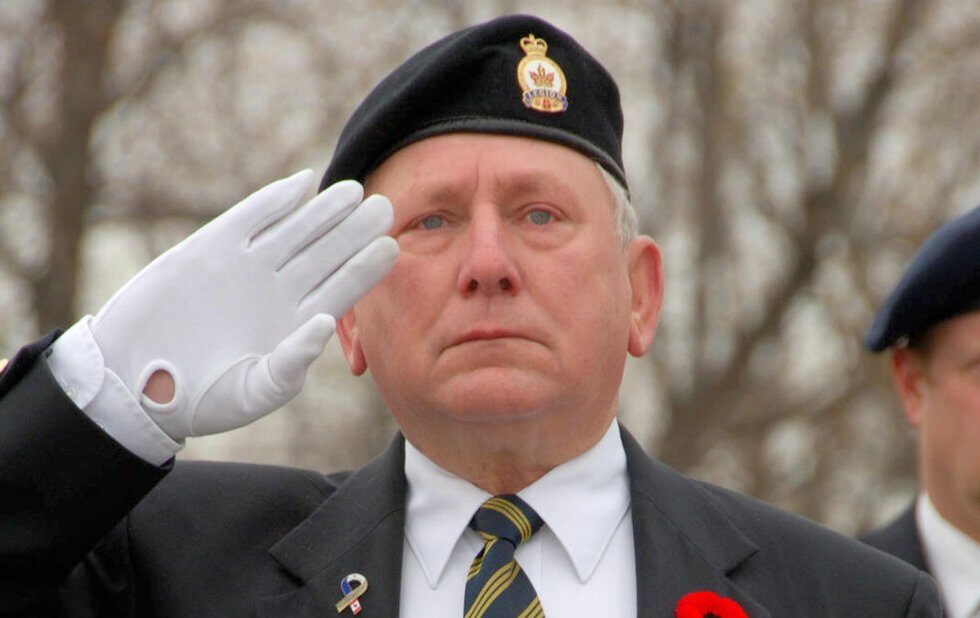 Little seems to be standing in the way of the Royal Canadian Legion, its Remembrance Day poppies and the respect and gratitude that Canadians so willingly bestow upon it.

Our government looks upon the RCL as a primary stakeholder in veterans affairs. As a sign of our collective gratitude, many municipalities exempt their Legion branch from paying taxes. And on Remembrance Day across the country on Friday (November 11), many of its 1,400 branches and more than 300,000 members will be front and centre.

All this might be appropriate if the Legion were actually an organization of veterans advocating for other veterans and their families. But despite the praiseworthy efforts of some of its veteran members, the Royal Canadian Legion no longer represents the vast majority of todays vets either demographically or politically.

After the Korean War, instead of embracing new generations of returning soldiers, the RCL began to assume a community focus that gradually opened its membership to non-vets.

Most members of todays Legion have never spent a day in military uniform. As a result todays veterans, myself included, see little at our local branch that makes us feel welcome.

I used to be a big fan of the Legion says former member Michael Blais, who served for 16 years in the Royal Canadian Regiment. But it seemed to be pointless, as there were too many civilians and you were the token veteran on the executive.

Today, Blais advocates for veterans through his own organization, Canadian Veterans Advocacy.

Retired army colonel Michel Drapeau, an Ottawa lawyer, says, Modern-day veterans do not join the Legion, because they consider it a civilian club.

Just how open is the Legions door to non-veterans? These military wannabes can wear the Legion uniform and occupy leadership positions right up to the highest command levels, making decisions and advising government on behalf of actual military veterans.

Theyre also entitled to wear the Legions own merit medals, which trusting, inexperienced members of the public often mistake for real military decorations. You do not have to serve in the military to earn them. According to the Legion it is an uphill battle to reach out to younger generations of veterans.

Engaging younger generations in community organizations is a challenge for most, if not all, not-for-profit organizations, says Bruce Poulin, manager of communications at the Royal Canadian Legion Dominion Command. It is not specific to the Legion.

This is not to say that those who have never served in the military cannot understand and advocate for veterans.

But service, and especially wartime and extended service in the military, generates a culture of familiarity based on shared experience, both good and bad. This sense of kinship can be invaluable when seeking support and assistance due to a service-related disability. The same group spirit can also galvanize veterans to organize when government attempts to limit or deny them benefits.

And its with respect to these benefits, which together embody governments sacred trust to provide todays veterans with the supports they need, that the Legion has most noticeably lost its way.

When the battle-hardened veterans of the First World War formed the Legion in 1926, one of their main objectives was to secure adequate pensions, allowances, grants and war gratuities for ex-servicemen, their dependents, and the widows, children and dependents of those who have served, and to labour for honourable provision being made for those who, in declining years, are unable to support themselves.

But by 2000, the civilian-dominated Legion was more concerned with beer, darts and photo ops with politicians. So perhaps veterans like myself should not have been surprised that the Royal Canadian Legion supported the New Veterans Charter passed in 2005, which eliminated disability pensions for all Canadian Armed Forces members and veterans newly injured after 2006.

As a result, todays younger disabled veterans have to settle for one-time lump sum payments that typically fail to come close to the lifetime pensions their fathers and grandfathers generation could rely on.

In May 2005, then president of the RCL Mary Ann Burdett told the Senate committee examining the legislation that there should be no doubt whatsoever that the Royal Canadian Legion fully supports this initiative. We want this legislation.

Today, in the face of near-universal derision over the New Veterans Charter by veterans and their families, the Legion is trying to qualify its previous support for the government initiative, stating on its website that it never fully and unconditionally supported the Charter and that at the time they were told that it was a living charter which would be amended as flaws or gaps were identified.

To be fair, there are signs that the Legion is aware of the need to redefine its mandate. Earlier this year, a group of concerned veteran members of Royal Canadian Legion Branch 15 in Brampton surveyed veterans on their perception of the Legion and its services.

Says Branch 15 third vice-president Chris Banks, a veteran of both the Bosnia and Afghanistan wars: Responders pointed out that branches werent attracting younger veterans because, in their opinion, there was nothing for them. Many said the Legion is too old-fashioned and out of touch. And some told me the Legion didnt live up to their expectations.

Looking squarely at where it has gone wrong could be the first move in a reformed RCL that actually stands for todays aging ex-soldiers like me.

Robert Smol served in the Canadian Armed Forces for more than 20 years.