Why you should go to the Toronto Womens March on Washington

Update: The route for the Toronto march will now start at Queen's Park, continue to the U.S. Consulate, and end. 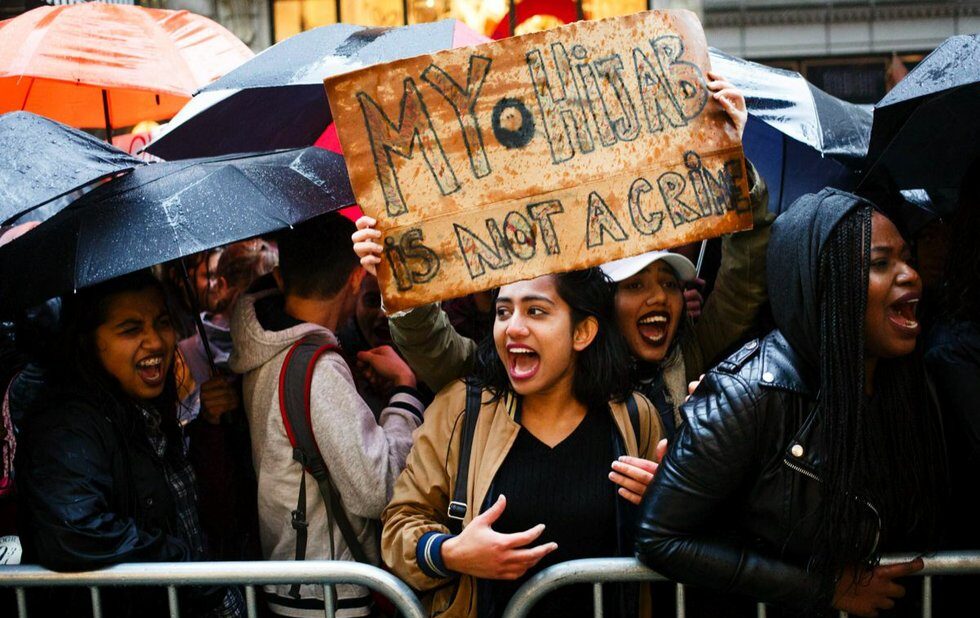 Update: The route for the Toronto march will now start at Queen’s Park, continue to the U.S. Consulate, and end at Toronto City Hall / Nathan Phillips Square.

On January 21, the day after Donald Trump’s inauguration, women and all those who support womens rights are marching in Washington, D.C.

The rally was initially organized the day after Trump was elected to counter his misogynistic views towards women, such as the sexist rhetoric he used throughout his campaign. That message has expanded to include broader social and human rights issues including race, gender, religion, sexuality, immigration and healthcare.

More than 180,000 people have indicated that theyll be marching in Washington, according to the groups Facebook page however, even more will be showing their support globally. The Womens March on Washington has inspired localized events in at least 200 cities around the world, including one happening right here in Toronto.

Protestors plan on meeting at Queens Park at 12 pm on the 21st, then marching to the U.S. Consulate on University Avenue and ending at Dundas Square. More than 2,000 people have indicated theyll attend, so we decided to survey some of them on why they are going.

Here are some of their reasons. Perhaps, one of them will inspire you to attend.

#whyIMarch … because it’s not enough for me to wear the t-shirt one day a year. #WomensMarch pic.twitter.com/ArSLKMWYaR

Because sexual violence is never a joke

When I heard Donald Trump on that bus joking about sexually assaulting women, everything changed, says Amanda St. Jean, an Eden Mills teacher planning on attending the march in Toronto. If there has ever been a catalyst moment for me as a woman, it was then. Women’s bodies are not real estate that any man can occupy. Our bodies should never be punch lines in jokes told by anyone let alone the president.

Because its time to send a strong message to lawmakers worldwide

We are born women first. Our gender defines us long before nationality does. Women will act in solidarity with one another regardless of which country’s name happens to be written on the fronts of our passports, says St. Jean.

Because youre supporting the rights of all oppressed peoples

When you join the march, you are taking a stand for women, for new Canadians, for Muslims, for people of colour, for health care, for the environment and for the open-minded, big-hearted nation we call home, says St. Jean.

This is not the time to be idle. Reversal of rights is not acceptable. #whyIMarch #WomensMarch #womensmarchto Will you March with us? pic.twitter.com/jfSLyQCyQt

Because Trump-style politics are happening in Canada

Some local politicians are trying to bring similar messaging to Canadians, says Kavita Dogra, founder of We Talk Women. We are also seeing an increase in hate crimes and targeted violence in Canada. Before any others feel emboldened by Trump to spread hate, we are marching to reinforce that there is no place for that here.

Because were showing our sisters, daughters and friends that we deserve better

Im attending the march to show support for all the young women in the world, especially back home in the U.S., who need to know that there are women who care about and support them and will continue fighting for womens rights so they can grow up to be whomever they want to be. I want to stand alongside strong female figureheads for young girls out there, says Jessica Hannick, who is originally from Chicago. Hannick lives in Toronto and works as a clinical fellow in pediatric urology at the Hospital for Sick Children.

I will march here @CdnWomenMarch for my niece Lucille, in California. #WhyIMarch pic.twitter.com/L7HGy0wAtA

Because we need more women in the highest government offices

There was much hope in the U.S. to shatter the highest, hardest glass ceiling with the past election, says Christen Thomas, executive director of the Literary Press Group of Canada. In Canada, our only female prime minister held power for only five months, with no real candidates emerging since. We need gender parity now in male-dominated industries, in decision-making positions, in places everywhere and especially in our governments.

There is nothing that happens south of the border that doesnt affect our nation, says Kathryn Kuitenbrouwer, a novelist and teacher in Toronto. We march in solidarity with American women who are fighting against a disturbing erosion of rights that were hard won decades ago. This presidency is a war on womens sovereign bodies everywhere.

I’m going to the #WomensMarchTO because I care about affordable childcare, public transit, housing. I want #GenderEquityTO in our #TObudget https://t.co/Oi1QQlPexG

I am deeply concerned about the impact of budget cuts on Torontos families and especially women and girls, says Farrah Khan, the sexual violence support and education coordinator at Ryerson University. From cuts to childcare, recreation spaces, public transit to housing and shelter, we have so much to march for. Women and their families cannot survive and thrive in a city that does not prioritize their well-being.

Because staying silent means being complacent

Bad shit happens when good people say nothing and do nothing, says Debbie Wolgelerenter, a Toronto resident who works for Ontario Public Service. Marches are the tip of the iceberg as far as activism goes, but I want this to be big. I want people to know that there is no space for that kind of hatred here.

Because its the feminist thing to do

I have identified as a feminist as soon as I knew what the word meant, and I have never taken my rights as a woman for granted, says Wolgelerenter. I can’t think of a scarier time in my life as far as those rights being threatened.

Interested in volunteering at the Toronto Women’s March on Washington? Fill out this form.