Will we see real nation-to-nation respect with Trudeau?

The new prime minister's promises of reconciliation with First Nations may seem daunting, but the path has already been laid out for him by the Supreme Court of Canada 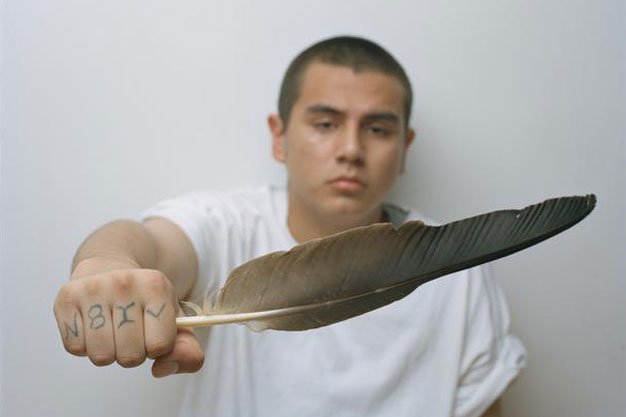 While many First Nations celebrated the end of former prime minister Stephen Harper’s reign of terror October 19, there was collective recognition that we are not in the clear yet: Harper’s war against First Nations, the environment and democratic freedom has left many casualties.

The costs of his plan to turn Canada into an economic world power focused almost exclusively on aggressive resource development – regardless of the fallout here at home – were felt especially by First Nations people.

Moving forward will not be easy. We can’t heal the wounds from Harper’s lost decade without looking back and addressing the many social ills exacerbated during his tenure.

For example, the incarceration rate of indigenous people has increased by 56 per cent under Harper, and indigenous women became the fastest growing prison population.

That the crisis of nearly 1,200 murdered and missing indigenous women and girls was ignored by Harper has been well documented. But what about the nearly 40,000 indigenous children in foster care? In Manitoba, for instance, one baby a day is taken from an indigenous family, a rate far higher than was seen during the residential school era. Our children are committing suicide at younger ages, and preventable diseases are spreading like wildfire.

Add to this the 100 or so First Nations without clean drinking water, not to mention the majority of families who suffer from overcrowded housing and food insecurity. There was no working relationship between Harper’s government and First Nations to address the multiple, over-lapping crises and no movement on treaty rights or land claims.

As if travelling back a century in time, Harper imposed on First Nations a slew of paternalistic laws with benign-sounding titles, on everything from safe drinking water to First Nations elections, family homes on reserves to gender equity. Each piece of legislation came with hidden traps and included increased federal control over First Nations.

Resistance was met with severe funding cuts, extensive litigation and public smearing of First Nation leaders. Canada’s actions deteriorated the relationship with First Nations to such an extent that the United Nations’ former special rapporteur on the rights of indigenous peoples, James Anaya, concluded that Canada was running the risk of undermining “social peace.”

Harper’s aggressive attack on First Nations was combined with an equally destructive assault on the environment.

Setting out on an economic plan based on dirty oil, Harper enacted a number of omnibus bills, two of which were of particular concern to our environmental future – Bill C-45 repealed protections for more than 2 million lakes and rivers in Canada, and Bill C-38 essentially gutted the Canadian Environmental Assessment Act.

When Harper’s assault inspired the Idle No More movement, his response was to increase police monitoring of First Nations and environmentalists, and enact Bill C-51, legislation that equated political dissent with an act of terror.

While alliances were created between Canadians and First Nations in the face of Harper’s vicious attacks, his departure doesn’t magically undo the damage done.

Canadians are now looking to Prime Minister Justin Trudeau to fix the mess. While Trudeau promised many things during his election campaign – including a national inquiry into murdered and missing indigenous women and the implementation of the Truth and Reconciliation Commission’s recommendations – we cannot forget the Liberals’ dark past on native issues. It was Trudeau’s father, former prime minister Pierre Trudeau, who introduced the 1969 White Paper proposing to get rid of the Indian Act in the name of equality, while overlooking a recognition of First Nations’ special rights.

Failing to learn from the past, or the many Supreme Court decisions mandating legal consultations with First Nations, in 2002 the Liberal government once again tried to unilaterally institute the First Nations Governance Act. It was also the Liberals who imposed the devastating 2 per cent cap on education funding for First Nations, a major contributing factor to poor outcomes. Life was not rosy under the Liberals either.

The sovereignty, jurisdiction and political powers of First Nations have not been a focus of Canadian elections or high-level discussions since the Constitutional talks of the 1980s. This has left First Nations with few options except under the restrictive federal self-government negotiating process, which requires a surrender of rights in exchange for limited governing powers.

The UN Human Rights Committee stated earlier this year that there is no greater issue facing Canada than its ongoing human rights violations against indigenous peoples. Trudeau has an opportunity to restore Canada’s international reputation by restoring justice.

He has promised not just change, but “a renewed nation-to-nation relationship with indigenous peoples that respects rights and honours treaties must be the basis for how we close the gap and walk forward together,” he declared in his victory speech.

Trudeau’s job may seem overwhelming, but in fact the path has already been laid out. The Supreme Court has said over and over that Canadian laws and actions must be compliant with aboriginal and treaty rights. The Royal Commission on Aboriginal Peoples, the Truth and Reconciliation Commission and the UN have all made similar recommendations.

The problem with First Nations issues has never been about what to do or how to do it it’s always been about the lack of political will.

Trudeau could step up as a leader who will address institutionalized racism against indigenous people head on. He could stand, not in press conferences or photo ops, but in real partnership where First Nations are part of the solution – long gone must be the days when nation-to-nation talks meant secret meetings between the Assembly of First Nations (AFN) and the minister of aboriginal affairs.

One of the positive outcomes of Idle No More is that the grassroots movement helped expose the AFN’s secrecy and close ties to the Harper government. It also helped empower First Nations people to mobilize within their families and communities to demand better of their own leaders. Trudeau will have to work within this new reality and must remember that this mobilization of First Nations and Canadians helped put him in power. Some did it through voting, while others helped organize protests, litigation, submissions to the UN and social media campaigns.

We all know the consequences of further delay: every day that it takes for Trudeau to act, one indigenous baby in Manitoba will be stolen into foster care. Every week that we wait for action, more indigenous women and children will be murdered or go missing. Every year that goes by is forever lost to the many indigenous people wrongfully imprisoned or denied post-secondary education. It is long past the time Canada helped us bring our people home.

First Nations represent Canadians’ last best hope of protecting the lands and waters for future generations. Without indigenous sovereignty and land-use and -protection customs, practices and laws, Canada will not survive the climate crisis it faces. There is only one path that ensures a future for First Nations and Canadians alike.

Luckily, Trudeau is not alone. He need only remember that First Nations and Canadians are the decision-makers, the real governments in this territory. His job is the easy one: he just has to listen and act on our directions, and we’ll see the real change we all want.

Pamela Palmater is a Mi’kmaw lawyer, author and activist from Eel River Bar First Nation and chair in Indigenous Governance at Ryerson University.