Unification: From Channel One To King Tubby's 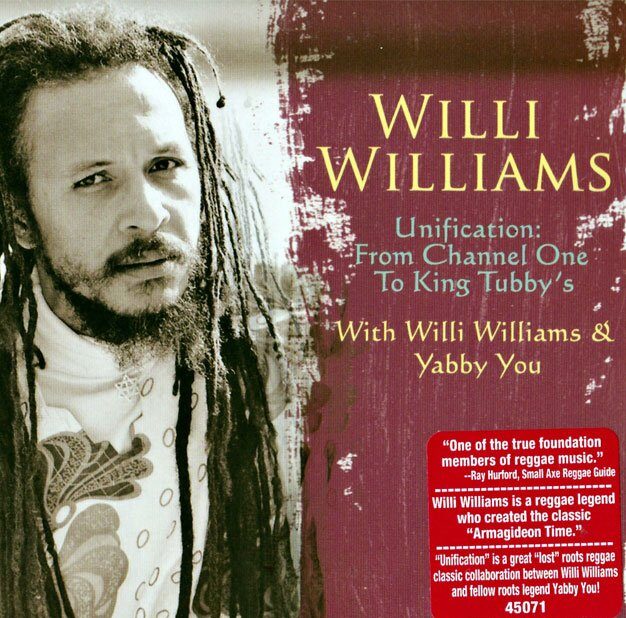 Willi Williams is best known outside of reggae circles for his 1977 song Armagideon Time, which became famous outside Jamaica after the Clash covered it. After moving here in 74, he was a major figure in Toronto’s early reggae scene. Many of his hard-to-find older recordings have been heavily bootlegged, but until recently this previously unreleased 1979 album of quality vintage roots reggae cuts had been pretty much impossible to hear.

Recorded in the lead-up to the tumultuous 1980 Jamaican general election, Unification finds Williams in a particularly serious and political mood, even by his standards. The music has a rawness and a more overt rock influence than was common at the time, which suits the themes. It also features some of the biggest names of that era, including legendary heavyweights Sly & Robbie and the Revolutionaries, Jackie Mittoo, the Gladiators and producer Vivian “Yabby You” Jackson. A snapshot of that era’s oft overlooked, vibrant cross-pollination of reggae communities in Toronto and Kingston.