Lo-fi folk musician's songs are as remarkable as his biography 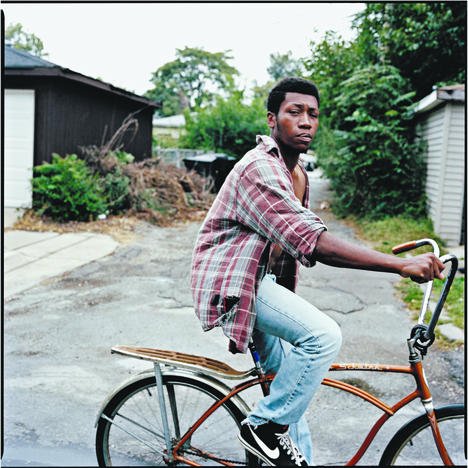 Willis Earl Beal has the kind of bio that sounds too good to be true.

Born and raised in Chicago, he moved to Albuquerque, New Mexico, at the age of 23 following a short stint in the army. There, he drifted, alternating between menial work and homelessness.

Teaching himself to play music on barely tuned thrift-store instruments, Beal started recording as a way to battle loneliness. He’d leave his homemade cassette and CD-R recordings around town alongside hand-drawn flyers with his phone number. Dial the number and he’d sing you a song.

It’s the kind of mythology bands pay PR firms big money to construct, but by all accounts the story checks out. In fact, the phone number given to me by his publicist is the same as the one on his flyers. Beal, though, is uneasy about focusing on his background.

“I feel like I’m being misrepresented,” says the 27-year-old over the phone from his girlfriend’s apartment in Manhattan. “I made these songs for myself, without anybody watching. That they’re being released as my first album – I feel kind of exposed.”

He’s referring to Acousmatic Sorcery, a compilation of songs written and recorded while he was in Albuquerque and issued as the first release on XL subsidiary Hot Charity. (The parent label is home to Radiohead and Adele.)

“Now that it’s actually out, I feel like they’ve done a hell of a job marketing it and getting it out there, and there are people really embracing the lo-fi sound,” he says. “But I never wanted to be a lo-fi musician or a lo-fi singer or a lo-fi anything. I was just doing it that way because I was poor and couldn’t afford to do it any other way.”

Though Beal’s story threatens to overshadow his music, the music itself is just as remarkable, stunning evidence of the power of passion over training. Most arresting is his voice, whose elastic register varies from a sensitive folky sound to a soulful croon and a whisky-soaked Tom Waits wail.

Beal considers his already finished next album to be his true debut but sees the value of Acousmatic Sorcery as a kind of manifesto.

“It’s a testament that anybody can do art. Anybody can do music,” he says. “Don’t pay attention to your limitations. Just don’t give a fuck.”

“My manager is always telling me ‘you haven’t earned the right to be a recluse.'”

“I’d rather sing to people on the phone than tour.”

“I didn’t want to hire a bunch of musicians so that they could play some good ol’ old time blues for the people, and I’d have to chime along with it.”

“You know what? I’m no more an outsider musician than Britney Spears.”