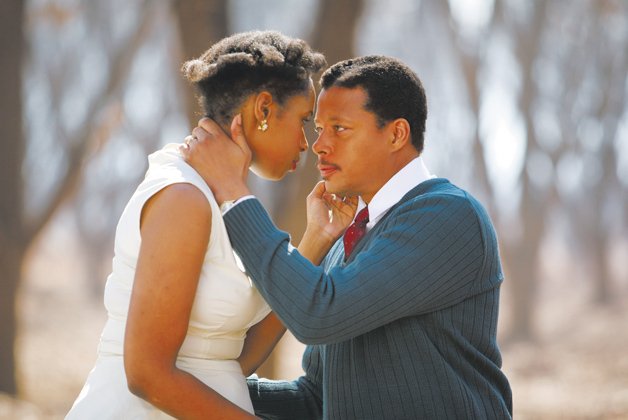 J-Hud and Terrence Howard hit all the cliches in banal biopic.

This biopic about Winnie Madikizela-Mandela doesn’t get mildly interesting until two-thirds of the way through, which is way too late.

Up to that point we’re stuck with a cliché-ridden story in which saintly Nelson Mandela (Terrence Howard) leads the struggle against apartheid until he’s incarcerated, leaving his wife, Winnie (Jennifer Hudson), to carry on the fight on the outside.

Until she turns into a ruthless leader capable of her own kind of violence, it’s all predictable – not the story, which we already know, but the style. Does the soundtrack have to kick in with its inspirational chorus every time white supremacists engage in brutality against apartheid resisters?

This could have been an intriguing examination of what it takes for a brilliant, politically committed woman to lose her moral compass, but screenwriter Andre Pieterse, adapting Anne Marie du Preez Bezdrob’s biography, simply hasn’t got a grip on the material. And he isn’t the least bit interested in commenting on how Nelson’s brand remained pure precisely because he was in prison, while Winnie basically didn’t have a chance while living in the real world.

Hudson’s screen presence is as riveting as always, but she and Howard have a hard time with their accents and confuse the measured cadence of both Mandelas with a sense that they’re speaking in slow motion.