NOW MagazineMovies & TVNews & FeaturesWinona Ryder’s back, even though she never really went away

Winona Ryder’s back, even though she never really went away

Actor on working with Michael Almereyda and Peter Sarsgaard for Experimenter 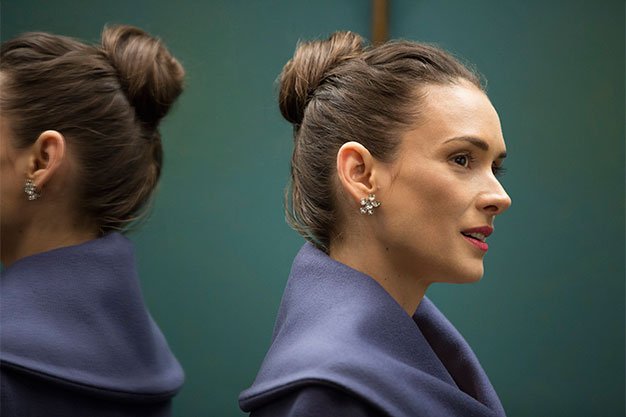 Don’t call it a comeback, because Winona Ryder hasn’t really been away. But she spent the early 2000s in ill-suited projects before re-establishing herself vividly as an aging ballerina in Black Swan.

This week, Ryder has a key role in Michael Almereyda’s Experimenter as Sasha, the wife of controversial psychologist Stanley Milgram (Peter Sarsgaard). We spoke just before the movie’s New York premiere.

Peter’s genuinely one of my favourite actors – I think he’s one of our greatest actors. And I love him as a person. I’ve known him a long time, and the opportunity to work with Michael and him, and on this, was just heaven. I’m not just saying this. I was actually joking earlier how it’s so great to be able to do these interviews and totally mean what you say!

At TIFF last month, Sarsgaard told me he wanted to put as much of himself into Milgram as possible. What was your approach to playing Sasha? Did you get to talk to her?

Oh, yeah! I got to spend some time with her, and she was absolutely, just completely, wonderful. She’s a spark of a person. She’s got this incredible energy, and she was very helpful and sweet and engaged in the film. That’s always very helpful.

Is that your usual process for playing a real person?

I did this movie The Iceman where I was just “the wife,” and I actually didn’t do any research for that. I didn’t believe [the real person] when she said she didn’t know what was going on. I was like, “I don’t think I’m gonna get anything from her.” But Sasha was a fully realized person when she met Stanley. She was 28 and had been to Paris and studied dance. She was very worldly.

It’s good to see you turn up in that sort of role, too. It feels like you’ve only recently started to play proper adults.

When you have a lot of success in your teens and 20s, people are so attached to [their image of] you as this ingenue that they don’t really know what to do with you when you hit your 30s. I feel a bit liberated now that I’m older and able to actually play my age, like in Show Me A Hero and Experimenter. Even in The Iceman.

And you’re about to start work on a Netflix series called Stranger Things. Are you able to talk about that?

It’s an eight-episode show, and it takes place in 1983 in a small town. I think it’s okay to say it has to do with government experiments and supernatural stuff. I’m still trying to figure it out [laughs]. I start Monday.

Read our review of Experimenter here.