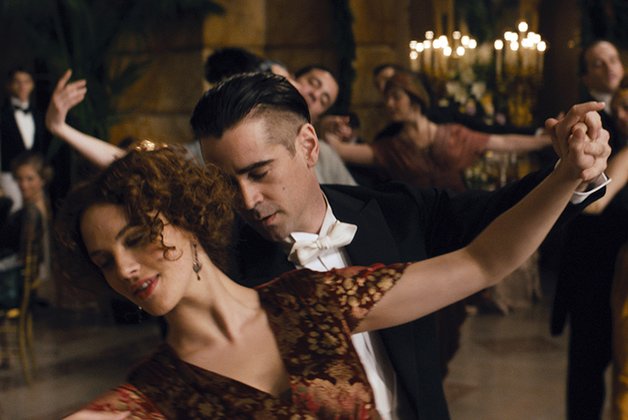 There is exactly one moment in Winter’s Tale that conveys the gravity and romantic resonance with which Oscar-winning screenwriter Akiva Goldsman struggles mightily to imbue his feature directorial debut. And Goldsman has virtually nothing to do with this perfect moment of hesitation from bit player William Hurt in the middle of a dialogue exchange with the movie’s star, Colin Farrell.

Hurt’s character is a newspaper magnate who lost his wife eight years earlier and now does everything he can to keep his daughter alive as she gradually succumbs to consumption. (It’s 1914, so that’s still a thing.) He carries the pain of his wife’s passing inside him, and when it slips out in a moment of honesty, it’s shattering.

That Farrell himself never comes close to capturing the intensity of Hurt’s old grief is just one of a great many problems with Winter’s Tale, which is the sort of colossally ambitious misfire that presents a patently ridiculous story as though it’s the most reasonable thing in the world.

As you might guess from the whole “celestial fate” thing, this is a story that involves higher planes of existence and certain supernatural operators – specifically, angels, demons and spirit-guide horses with translucent wings that emerge at just the right moments. Sometimes that sort of story works very well on screen, but not this time, because Goldsman has absolutely no idea how to manage his movie’s tone or incorporate its more fantastical elements in a way that makes them seem possible or even credible.

You can’t have gentle magic realism when you’ve also got Russell Crowe stomping around chewing scenery in a ridiculous Oirish accent. Either the whole movie has to match his performance, or he has to be talked down off his cliff.

It should be noted that Crowe is likely in Winter’s Tale as a favour to Goldsman, who won that Oscar for writing A Beautiful Mind Jennifer Connelly’s own Oscar for her performance in that film is surely why she’s here as well, in a thankless role as a contemporary food writer caught up in that whole celestial-destiny thing.

One of the conceits of Winter’s Tale is that Farrell’s character exists in both 1915 and 2014, looking exactly the same. No reason is given for this to be possible, and that’s precisely the sort of detail a fantasy needs to explain – even a lavish romantic fantasy about two people who fall tragically in love and are then yelled at by Crowe in a ridiculous accent.

Hurt gives what’s easily the movie’s best performance and is probably also doing it as a favour to Goldsman, who wrote and produced Hurt’s awful Lost In Space. I don’t doubt that Goldsman is well liked and even talented he did a fine job as a writer/director on Fringe, and his script for Will Smith’s I, Robot is the most underrated element of that film. (Smith also pops up here, in a role he really should have known better than to take.)

Whatever Goldsman is trying to do with Winter’s Tale, though, just doesn’t happen. And we’d be doing him no favours by pretending it does.