With this ring: the wedding band guide

In the world of “responsible” jewellery, all that glitters isn't necessarily ethical gold (or silver or diamonds, for that matter). If you're tying the knot, make sure the symbol of your love isn't tarnishing the planet. 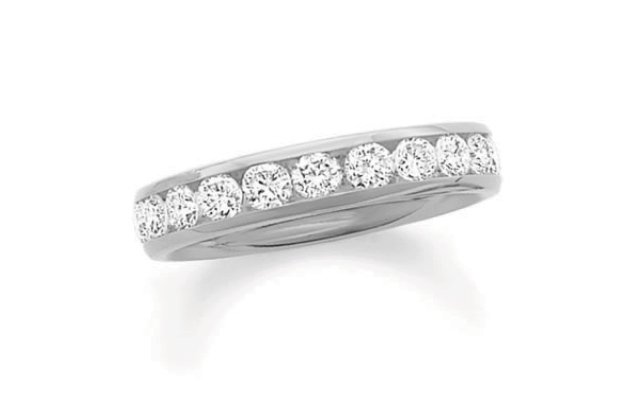 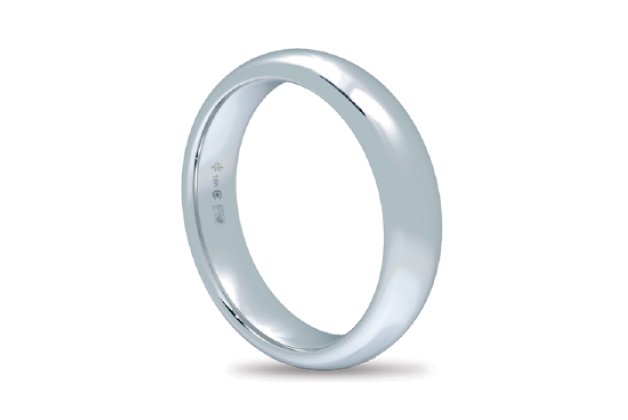 Precious metals and stones don’t have to come from guerrilla war zones to be tarnished with conflict. Over the past month alone, Tibetans have been protesting lands seized for gold mines, South African platinum miners continue to strike for fairer pay, and a Chilean court ruled that a $16 million fine to Canada’s Barrick Gold for extensive water pollution wasn’t enough. No surprise when a single gold ring creates 20 tons of cyanide-laced waste rock. Looking for bling with that ring? Over 99 per cent of diamonds are now supposedly “conflict-free” thanks to the Kimberley Process, but mining watch orgs call the agreement total greenwash. 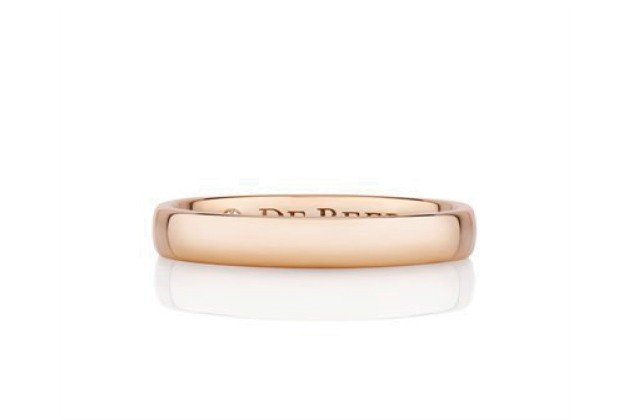 All sorts of jewellers have signed on to RJC’s code of practices for social and enviro performance. However, a 2013 report by Earthworks, Mining Watch Canada, IndustriALL and others slammed RJC for being more shine than substance and failing to promote responsibly mined jewellery. There’s nothing wrong with seeing the RJC seal on a jeweller’s website, just don’t rely on it alone to confirm that it’s selling ethical goods. Like those companies that have signed onto Earthworks’ Golden Rules, some are more committed than others. 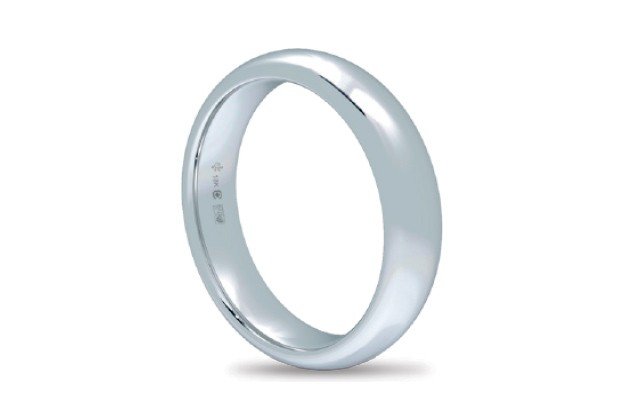 If you like it, then you better put a fair trade ring on it. More to the point, when you opt for a ring made with Fair Trade-certified metals like Oro Verde gold, you’re supporting environmentally conscious, fairly paid, small-scale, artisanal miners. In Oro Verde’s case, you’re supporting otherwise marginalized Afro-Colombians descended from slaves who use no cyanide or mercury in the mining process. The Fair Trade seal, by the way, is considered stronger than FairMined. Fair Trade Jewellery Co. (ftjco.com) offers bands made of fair trade or recycled gold or platinum, as does Organic Metal Gallery. 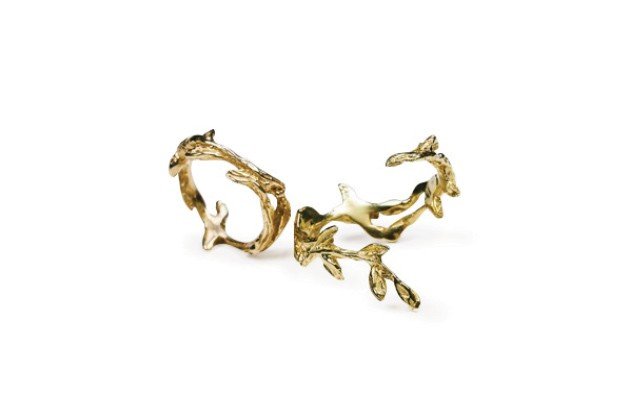 With this ring, I now pronounce you the craftiest couple in town. Some jewellers like Organic Metal Gallery will let you bring in old jewellery to be melted down into a custom upcycled ring (organicmetalgallery.com). Even craftier still, both Organic Metal and the Den in Toronto offer private DIY wedding band and engagement ring workshops where you can literally make your own ring with recycled or fair trade metals (thedentoronto.com, or find them at Saturday’s Craft Wedding Market). FTJ Co and Green Karat will also make custom rings with recycled (or fair trade) metals for you. PS: Be sure to ask what percentage is recycled. 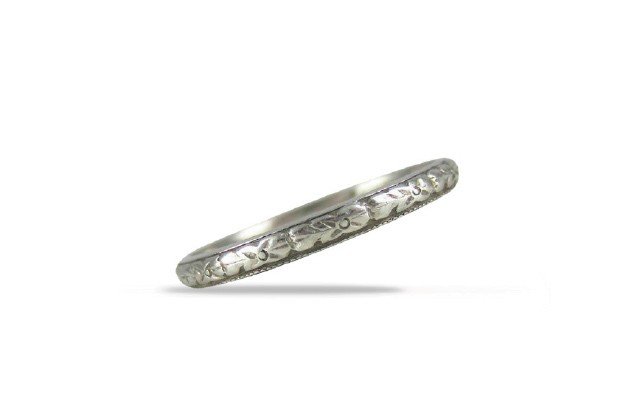 I’m a sucker for all things vintage.

No surprise, then, that I’ve ended up with a 90-year-old ring on my left hand. The beauty of an antique/estate/vintage/Kijiji ring is that nothing has to be mined, refined, reprocessed or shipped from all corners of the planet to get it to your finger. That means you don’t have to fret about contributing to environmental or human rights abuses abroad. Search sites like cynthiafindlay.com, rubylane.com and Esty, or pop by your local antique store to trawl their jewellery cases in person. Beware of reproduction antiques. 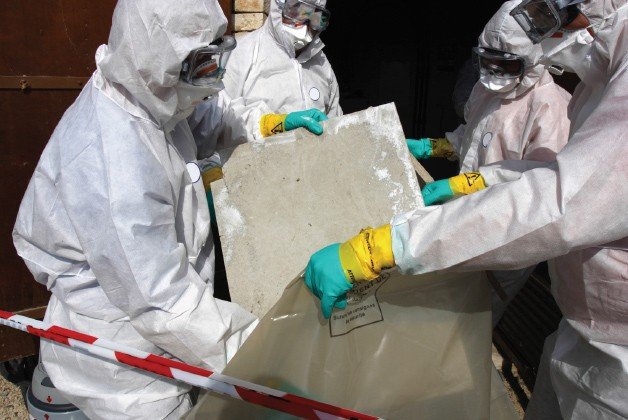 IS THAT ASBESTOS IN YOUR RENO DUST?

It’s National Asbestos Awareness Week. Do you know where your asbestos is?

Canada’s asbestos mines may finally be shuttered, but people are still finding the cancerous fibres tucked into all sorts of hidden corners of their homes.

If your house was built before the 1980s, it could contain asbestos in a dizzying number of spots. All fine and dandy if not disturbed. But if you’re planning any renos, you should really head to WorkSafeBC’s very useful hiddenkiller.ca.

According to WorkSafeBC, one of the most common places is under vinyl flooring tile. The tape around old ducts and piping could have been made with asbestos fibres, too just peeling it off will release it into the air. Ditto for drywall with sprayed-on texture (like stucco), drywall mud, acoustic ceiling tiles, roofing shingles and more.

Breathing in asbestos over prolonged periods is astoundingly damaging. Get suspect materials tested by an accredited lab. And call a trained professional to remove it.

The news made headlines around the world: “FDA says BPA is safe.” And “Maybe that BPA in your canned food isn’t so bad after all.”

The U.S. Food and Drug Administration study published in February found no clear adverse reactions in rats to low doses of the long-vilified chemical. The news triggered a lot of rejoicing – and head-scratching – considering roughly 1,000 peer-reviewed studies have found quite the opposite.

According to a dozen academic scientists working with the FDA testing various BPA levels on rats in a separate project known as CLARITY-BPA (Consortium Linking Academic And Regulatory Insights On BPA Toxicity), the FDA used what it knew to be a “flawed” and contaminated study and ran with it. One of the scientists involved in alerting the FDA to the contamination has said that publishing the study “borders on scientific misconduct.”

But so far the FDA isn’t budging and insists BPA is still safe to use in food packaging (including the lining of baby food jars), though, like Health Canada, the agency has banned it from baby bottles and canned infant formula.

Green Find of the Week 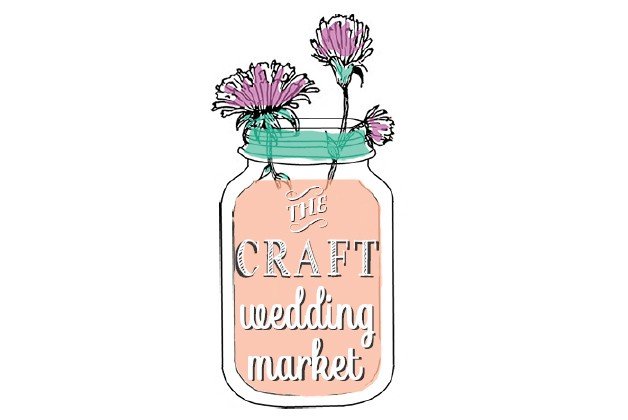