Why are more women tackling Shakespeare – both onstage and behind the scenes? 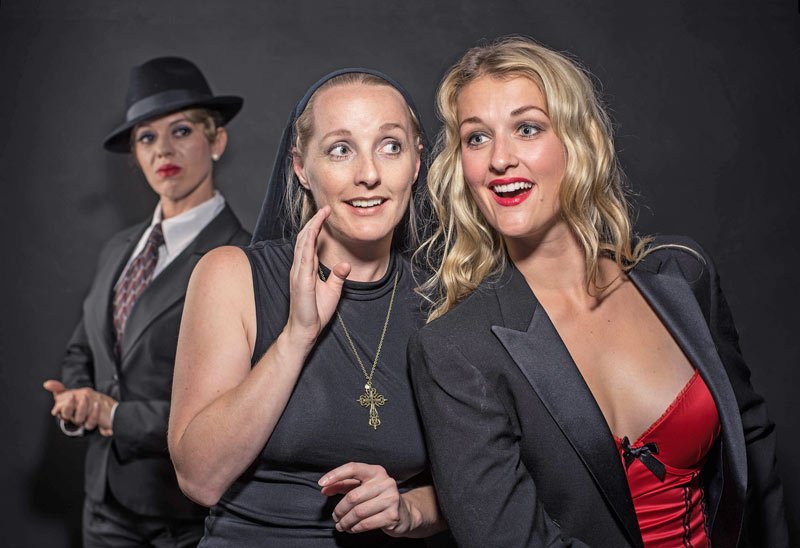 “The play’s the thing,” says Shakespeare’s most famous character.

But if you’re a female director or actor, Hamlet and other scripts by the Bard are usually out of reach. Few women get the chance to direct one of his plays, nor have they been able to take on some of his best parts.

That’s not to deny the challenge of playing such female characters as Rosalind in As You Like It, Juliet, Lady Macbeth and Cleopatra. But it’s rare for a woman to have the opportunity to explore, for instance, any of Shakespeare’s top four tragic figures: Hamlet, Macbeth, Lear and Othello.

With a sense of exploration in mind, Thought for Food Productions takes a new look at the Bard’s Measure For Measure, in which the Duke of Vienna absents himself from the city, handing authority to the chaste, strict Angelo. When a young novitiate nun, Isabella, pleads with Angelo for the life of her jailed brother, Claudio, she unintentionally arouses Angelo’s sexual desire.

Director Tyler Seguin is one of only two men involved with the show the other 15 artists are all women – the entire cast and most of those behind the scenes.

“Actor Toni Ellwand pitched the idea to us,” says the company’s Helen Juvonen, who plays Isabella. “She’d been in an all-female Julius Caesar a few years ago, a show whose goal was partly to get more women speaking classical text.” (Toronto director Vinetta Strombergs helmed another such production in 1986.)

“With Measure, though, we also get to look at lots of important contemporary issues: gender politics, sexuality in general and the commodification of women’s sexuality in particular.

“Working with a female cast highlights how women are treated not just in the world of the play but also in today’s world. As we rehearsed, we kept finding parallels to the U.S. election, especially after Trump talked about groping. Though she’s strong and smart, Isabella has little agency in the story the Duke, Angelo and her brother all use her.”

The show, set during the Weimar era in Germany, has the frame of a women’s cabaret whose members are staging Measure.

“That allows us to keep the pronouns as Shakespeare wrote them. We want the actors to find their own take on their characters, whether they’re masculine, feminine or ambiguous. The setting allows us to be playful with the figures and the cross-dressing.”

Juvonen admits that the text is difficult, both in terms of language and characterization, and she’s amazed to watch how her fellow actors tackle the script’s complexities.

“Occasionally there are moments when actors realize that as women playing male roles, they’re initially uncertain how to read a scene. Jackie Francis, who’s playing the Duke, never thought she’d have a chance to take on the role and had no preconceptions about how to create it. On the other hand, I came to Isabella with all sorts of ideas.”

Having only women onstage also changes the dynamics of the staging, points out Juvonen.

“For instance, when Angelo becomes physical with Isabella, there’s always a question about how invasive he can be. Working with Deborah Drakeford as Angelo, I felt a safety in exploring the physicality of those moments.”

While the casting of this version of Measure is unusual, it isn’t unique female actors are getting more chances to explore male roles.

I wish at least one of them had been given one of the production’s central roles. Seana McKenna was an amazing Richard III at the 2011 festival.

There’s more of this sort of casting coming up. Groundling Theatre is presenting another version of Measure in January, with Lucy Peacock playing the Duchess of Vienna (rather than the Duke).

Actor Allegra Fulton, who played Cassius in Shakespeare in High Park’s 2014 Julius Caesar, points out that cross-gender casting is often seen as something that only came about with late 20th century feminism, but in fact it dates back hundreds of years.

“What was really interesting for me in working on Cassius was tapping into the duality we have as human beings, realizing that we all have within us masculine and feminine energies that change all the time, depending on culture, historical period and other factors. In his writing, Shakespeare explored that duality in an entrenched patriarchal system.”

“We realized there were some really weird moments and uncertainty about how to play the parts. Going gender-neutral, we agreed, wasn’t the way.

“I was ostensibly playing a man without trying to be a man. The text, the construction of the scenes, the thoughts that Cassius had, all led me to take up more space in the rehearsal room than I’m used to doing as a woman, but it was something I wouldn’t apologize for.”

Even so, Fulton admits that it was still foreign for her, despite the fact that taking on another’s persona is what she does as an actor.

“At times I felt I was doing the worst macho male acting, but the sheer size of the text and Cassius’s thoughts eventually made me realize that I was making the right choices.”

And what about women directing Shakespeare? Birgit Schreyer Duarte, Shook and Keira Loughran have helmed productions for Canadian Stage’s Shakespeare in High Park, while Martha Henry and Weyni Mengesha have mounted Shakespeare at Stratford. 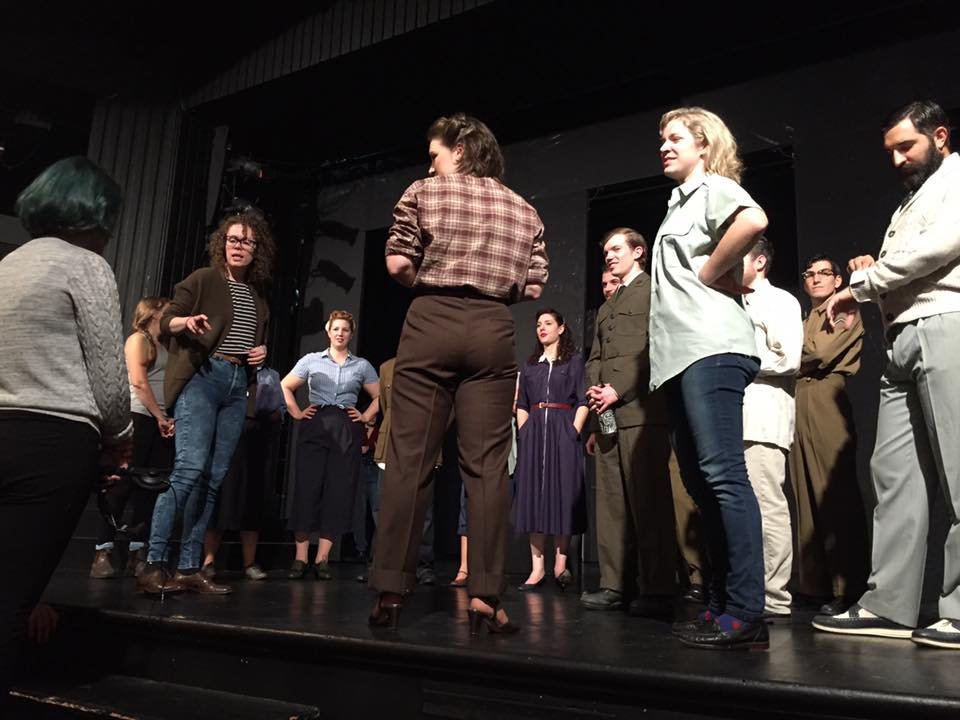 “But not all women are part of Shakespeare’s world in a way they want to be,” says director Carly Chamberlain, whose production of Much Ado About Nothing just closed at Hart House. It’s been a decade since a woman directed Shakespeare there.

Chamberlain started directing because, though she had acted in Shakespeare productions and played roles like Isabella and Twelfth Night’s Olivia, she was never satisfied.

“Looking back on it, I think it’s because most of Shakespeare’s women, even the bigger roles, are exclusively written to be reactive rather than pro-active.

“It’s hard as an actor only to play roles in which you have little agency and are solely responding to male characters. I don’t want to tell stories only from the male viewpoint.”

In her Much Ado, the watch, usually a group of men, was made up of women the play’s villain, Don John, was also a woman. Chamberlain set the play in the 1940s, a context that had the male characters initially off at war and women filling in for them. Recognizing that the other characters and the audience saw women in those roles, she changed the pronouns.

“Usually Much Ado has some 15 dudes and about four women, only two of them central. That’s not real life, but people usually don’t question the casting.”

Chamberlain talked about her production ideas with a male director who dismissed her concepts. “‘Just put aside the gender politics it’s a play about love,’” he told her.

“No, it’s not. What I’ve observed as a woman is that love and politics are intertwined, and in a play like this one where the lovers don’t have the same amount of agency, politics is inextricable from the love story.

“That’s what I bring to this play as a woman. I am the lens for the storytelling and bring my experience of the world with me.”