Two years ago, Janelle Monáe teamed up with Erykah Badu on Q.U.E.E.N., a queer anthem for pretty much anyone who. 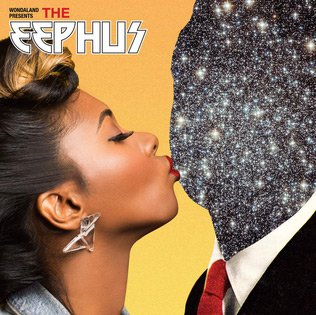 Two years ago, Janelle Monáe teamed up with Erykah Badu on Q.U.E.E.N., a queer anthem for pretty much anyone who feels like an outlier. The Atlanta-based pop -impresario takes that idea further on the debut release by her Wondaland Records imprint.

The six-track EP – named for the baseball term about a game-changing pitch – is both a reaction to mainstream pop and a wholehearted embrace of it, at least on its two most prominent tracks. Jidenna’s chart hit Classic Man features a DJ Mustard-style beat (actually a sample of Iggy Azalea’s Fancy), but instead of celebrating the ratchet life, it’s an ode to southern chivalry and tailoring.

Similarly, Monáe’s contribution, Yoga, is probably her most on-trend-sounding pop single to date, but also a parody of a booty-centric strip club jam with lyrics about flexing for self-improvement. The Eephus’s other tracks offer a glimpse of the label’s diversity, with enjoyable (and unironic) forays into funk-rock (Deep Cotton), moody (St. Beauty) and sweet (Roman GianArthur) R&B balladry.