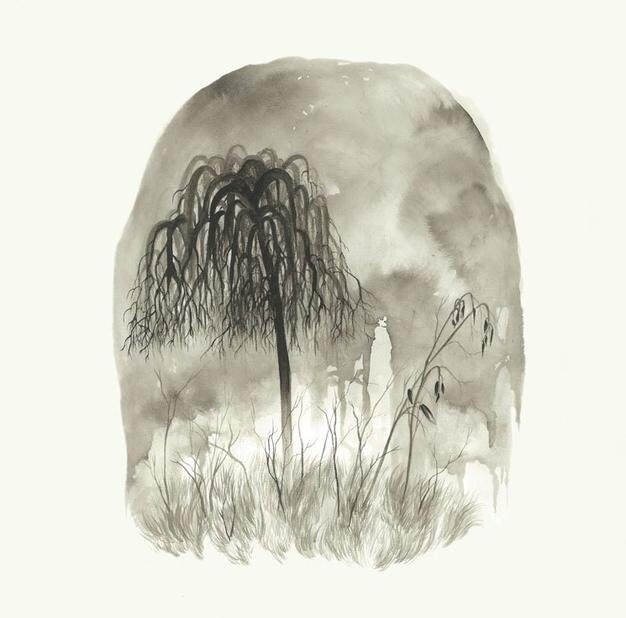 “Underrated” gets overused in pop music, but it surely applies to peripatetic singer/songwriter Mark Hamilton. The Calgary-bred, Montreal-based nomad’s Woodpigeon has taken several guises over the years, from its early incarnation as a beautifully twee indie folk collective to a stark solo project and somewhere in between. They’ve all served as showcases for Hamilton’s poetic, emotive songwriting, but despite superlative reviews and tastemaker nods, he’s never broken through in the same way as a Bon Iver or Sufjan Stevens (who share Hamilton’s tremulous vocal style and strong folk influences).

That could change with Woodpigeon’s sixth full-length, which lightly gilds his acoustic-guitar-based arrangements with orchestral touches like the woodwind melody and marching-band drum outro on opener Fence. Producer Sandro Perri is an ideal match for Hamilton – both share the same musical meticulousness: the musical shadings and nuances are akin to painting in the details with a fine brush.

That attention to detail pays off on an album that’s all about emotional directness: the songs came about after a crushing breakup that saw Hamilton flee his then home in Vienna for Istanbul and Buenos Aires. In the aftermath, he even considered quitting music entirely. We’re lucky he didn’t – these songs are among the most nakedly honest he’s ever written, particularly first single Faithful.

While moving ballads are still Woodpigeon’s trademark, the jaunty shuffle of Canada, with its handclap percussion and stabs of organ, makes a case for Hamilton’s more upbeat tendencies. And while he’s pared things down from the days when Woodpigeon was a group, collaborators still play a key part: if there ever was a good foil for his whispery voice, it’s Mary Margaret O’Hara’s inimitable spooky-alluring singing, heard on The Accident. O’Hara’s an interesting comparison – another underappreciated yet revered artist.

Trouble, while not a huge departure from the Woodpigeon canon, proves Hamilton’s songwriting is always growing. Here’s hoping his audience will be, too.