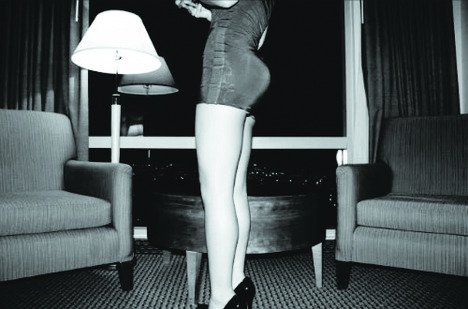 What does it take for a Toronto band to get an international audience? A “viral” hit on MySpace? A write-up from Pitchfork? Or is it the same as it always was: all about who you know?

This past weekend, the Weeknd were profiled in the New York Times. A mysterious local act who half rap, half sing slow-as-syrup R&B songs, the Weeknd appear to be a phantom group. There’s no trace of them – no album or mixtape, no website or MySpace. They haven’t even released an MP3.

To their credit are three measly YouTube uploads. Those aren’t even videos: the songs play over photographs of women in a hotel room, one per video. Together, they’ve hit more than 100,000 views.

All this considered, the Weeknd seemed quite the discovery for the paper of record, even if it spelled the group’s name wrong. And vice versa, the Weeknd scored major cosign in the Times.

But something is off about this whole thing.

More people listen to music on Google’s video-sharing service than on MySpace or anything else, I realize. But getting the New York Times to take note of your YouTube uploads? That’s an unmitigated triumph.

So how did it happen?

Don’t ask me. I can’t even figure out who the Weeknd are. I’ve trolled the blogs for information, asked local DJs for tips and tweeted the critic who wrote the Times story. I emailed the photographers who’ve uploaded the videos (a team called She’sSoLovely, who may or may not be the Weeknd) but they refused to divulge any information whatsoever.

I have a few leads but nothing close to hard evidence.

The first site to shine a light on the Weeknd is October’s Very Own, the blog of none other than Toronto-bred Auto-Tuner Drake. It “introduced” the group in December.

The connection doesn’t stop there, though. Drake and the mysterious band sound remarkably similar, right down to the production. In the comments on October’s Very Own, many gave beat-making credit to Noah “40” Shebib, Drake’s in-house producer, confidante and fellow blogger on the site.

And that reminds me, isn’t Drake, too, an example of a homegrown phenomenon with an out-of-nowhere digital creation, 2009’s at times brilliant mixtape, So Far Gone?

Well, here’s where things get murky. So Far Gone is held up as an underground online local success story. But it’s anything but. Drake recorded it in studios in Atlanta. And while unsigned to any label at the time, he shared a manager with Lil Wayne, Kanye West and others. So does 40.

Drake only began blogging in July 2009, after teaming up with his celebrity managers and right before releasing So Far Gone – which, not coincidentally, had guest appearances by Lil Wayne and a video directed by Kanye West.

Sounds to me like a carefully crafted strategy. It was made to look like Drake burst out of Toronto’s blog scene with a home run, when all the while he was only trotting in from third base.

Does that mean the Weeknd, with their tenuous connection to the Drake-Making Machine, are also predestined for success?