"The only place that I actually feel safe is on the dance floor. Every time I'm there, people are so accepting and inclusive." 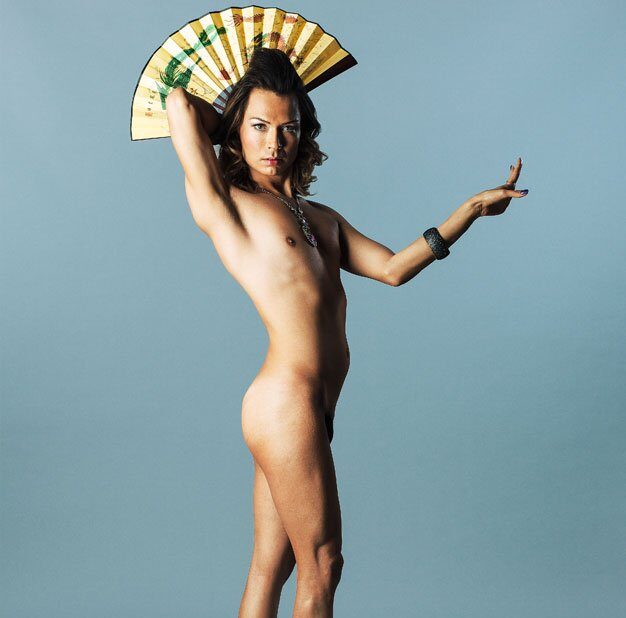 When I became an activist, I said to myself that if I have to get naked to get people to hear me out, I’ll do it. Transgender people have been suffering for too long. When I decided to be myself, it came at a high price.

I grew up in a very religious Mormon family in Honduras. When I reached adolescence, I realized I had been molested as a child and became very introverted.

By university, I realized that I was tired of hiding and pretending, and started having conversations with males and meeting people, and my family found some letters and asked me, “Are you gay?”

Two of my sisters moved out because back then they couldn’t live with a “gay” person. My other sister was with her partner having kids. My grandmother died. So it was just me and my mom. My sisters told me that my mom had asked them to come back, but that they’d only do it if I stopped everything I was doing. They wanted me to, like, have a curfew, not go out – no music, no friends, no phone calls – to not be myself. I decided to do it for my mom, because I felt responsible for the pain in the family.

After the third or fourth month, I couldn’t do it any more. I felt like my family didn’t love me for who I was. I was also suffering discrimination at work. Out in the streets, I was getting harassed.

So at 19 I decided to just finish everything and check out. I took some pills.

I woke up in my bed two and a half days later. There was a lady from church who had heard what I’d done, and she was holding my hand. That’s what woke me up. She was crying, and praying that she wanted me to die. She was asking the Lord to take me, because she wanted to see me in heaven, and she’d rather I died, leave now, than not be with her in heaven.

My mom asked me what she could do to keep me from trying that again.

She saved my life by figuring out how to send me to New York, where my aunt lived. But once I got there, just after September 11, I didn’t feel safe. My aunt’s son, my cousin who had moved there with her, had just been bashed for being Latino.

So I went to the Canadian border and told them my story. They accepted me as a refugee claimant, which was probably the happiest day of my life. In Honduras, transgender people get murdered daily.

But it’s very hard to be transgender even in Canada. You are often either dead, suicidal or an escort. I started seeing that the body I once hated and the body I now loved was not being respected.

The only place that I actually feel safe is on the dance floor. Every time I’m there, people are so accepting and inclusive.

It doesn’t matter how much the world tries to put me down. I will stand on those heels, naked, in front of anyone, holding a fan to cool myself off from all the struggles. Making myself beautiful. Standing tall.