Gray, co-founder of silenceisviolence.ca, challenged campuses across Canada to review and develop their sexual assault policies 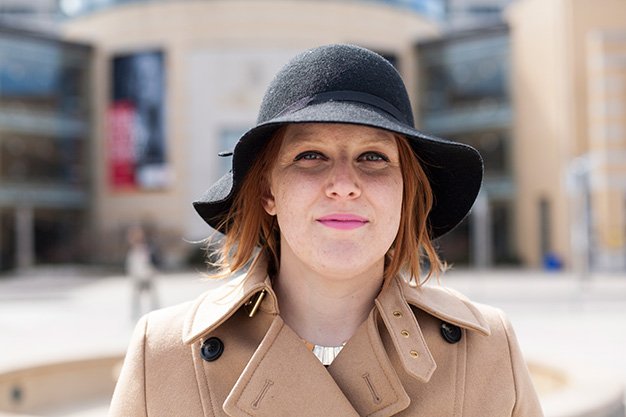 As the frenzy surrounding the Jian Ghomeshi trial unfolded at Toronto’s Old City Hall courthouse last winter, raising new questions about how the justice system treats sexual assault survivors, York University PhD student Mandi Gray was in the same building. She was testifying in her own case that after a fun night out drinking in the Annex, fellow PhD student Mustafa Uruyar raped her in his home.

In a decision some called revolutionary, Judge Marvin Zuker found Uruyar guilty in August, sentencing him to 18 months in prison. “Ms. Gray could not meet his sexual needs,” Zuker told the court. “He told her that. She was vulnerable. She was scared. He pounced. ‘Forget the condom. I am in power. I am in command.’ Power, power, power. He was the boss and he loved it.”

But Gray enters 2017 with the same level of uncertainty that she did before the trial. Uruyar has appealed the conviction, with proceedings scheduled to start March 14. The appeal will take Zuker’s decision to task, investigating whether or not it was made with a feminist bias. It could result in a retrial.

“It’s been really difficult to focus and to be a regular PhD student, which is stressful and hard enough as it is, nevermind going through a rape trial,” she says, reflecting on the past two years. “And then being in litigation against my university – it’s been very trying, but there’s been lots of positives as well.”

One of those positives has been her massive impact on campuses across Canada. In June of 2015, Gray filed a complaint with the Human Rights Tribunal of Ontario against York University, saying she had to report her rape to more than 15 employees because no one seemed to know what the school’s sexual assault policy was. The school’s support line didn’t offer much help, nor was the school able to provide her with adequate counselling.

Representatives at post-secondary institutions have undertaken important steps to improve sexual assault policies on campuses all over the country. And on Monday, December 12, York released a statement announcing Gray’s complaint had been settled. The terms of settlement are confidential, and states that the settlement does not “constitute an admission of guilt” on York’s part. The statement goes on to say that “the parties were unable to reach an agreement on many issues.”

However, it holds the university to providing “specialized counselling to sexual violence survivors from the York University community.”

Despite the fact she’s still healing from the experience, Gray says she has no regrets about reporting her rape, even for a second.

For one, she’s not dwelling on the assault. Instead, it’s only sharpened her focus: she’s just finished making a film about her experience, which will premiere in the spring, which she hopes will raise more awareness about non-criminal trial options that can help hold rapists accountable, such as civil litigation or Human Rights Tribunal complaints.

And with guidance from her PhD supervisors, Gray has pivoted away from her original research, which was women in prisons, to work directly related to survivors of sexual assault and the justice system.

Gray will also continue to advocate at the university level, encouraging schools to take reports seriously “because,” she says “institutions can become complicit. With the CBC and Jian Ghomeshi – how did CBC fail these women? And how do we hold them accountable?

“Sometimes it hurts more when your workplace or your university fails you. The wounds from these institutional traumas stick.”