Beat the heat this weekend at the movies (or join it)

Here are the best special screenings to check out 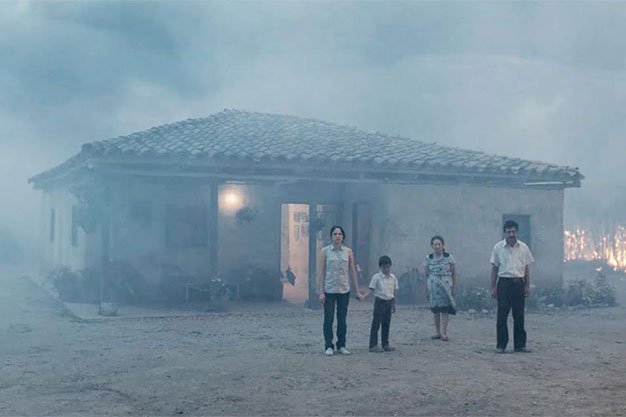 Summer’s settled in early this year, making the trek to your local cinema seem much more daunting – but the air conditioning is so, so nice when you get there. If you’re not planning to watch mutants fight again or Johnny Depp mince about a greenscreen stage, allow me to suggest some more satisfying options.

Early on Sunday (May 29), for example, Doc Soup Sundays brings this month’s entry to the Bloor Hot Docs Cinema: Maya Angelou: And Still I Rise. Directors Rita Coburn Whack and Bob Hercules construct a full accounting of the late author’s life and legacy, tracing the intersection of her activism and her literary influence.

If Angelou’s work has touched your life, you’re not going to want to miss this one. Tickets are available in advance for $16 or $12 for Bloor members.

Over at The Royal on Sunday evening, the latest MDFF Presents screening throws a spotlight on the work of American director Matthew Porterfield, pairing his new short film Take What You Can Carry with a 35mm presentation of his 2010 feature Putty Hill.

I haven’t seen the short, but on the basis of Putty Hill – a delicate, deeply felt study of young people dealing with mortality and disappointment – and Porterfield’s incisive 2013 drama I Used To Be Darker, I’m betting it’ll be worth your time. The show starts at 8 pm tickets are $8 in advance, and available here.

The heat’s expected to continue into next week, which sets up the aluCine Latin Film + Media Arts Festival. Running from Wednesday (June 1) through June 5, the 16th edition of the festival includes a retrospective of independent Latin Canadian cinema – the first ever mounted, amazing as that sounds – and a selection of new features, docs and shorts focused on Latin American culture.

It kicks off Wednesday night at The Royal with the first two parts of that retrospective, covering the 80s at 7 pm and the 90s at 9 pm. (The third segment, focusing on the early 2000s, screens Thursday June 2 at 9 pm.)

The festival spends the rest of its run at the AGO’s Jackman Hall auditorium, with a program that includes the Canadian premiere of César Augusto Acevedo’s sweeping Colombian drama Land And Shade (June 3, 7:30 pm), which won the Camera d’Or prize at Cannes in 2015, and We Like It Like That (June 4, 9 pm, Jackman Hall), an understandably energetic documentary about the history of Latin boogaloo.

It all wraps up at on the evening of June 5 at Cinecyle with an awards ceremony and closing night party with performances from Green Bunker and Erasure And Dissensus. It ought to be a great night.