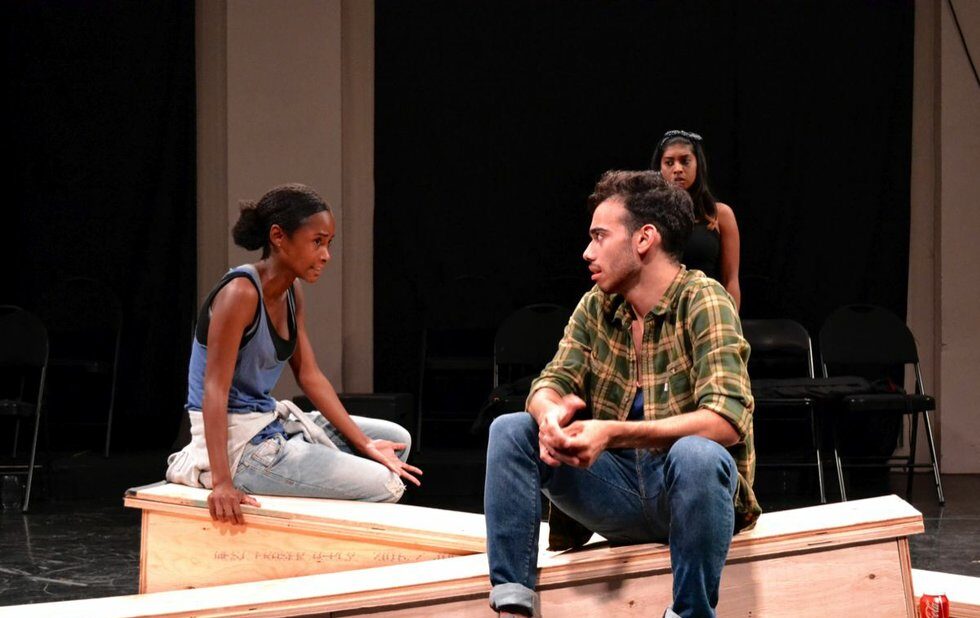 Ken Gass and his Canadian Rep Theatre put together a talented team of young artists who recently graduated from professional theatre training programs and, for a short run at the Citadel, featured them in two Canadian works: George F. Walkers much-performed Tough! and Wajdi Mouawads lesser known Dreams (Reves).

Partly because Walkers play features characters close to the ages of those in the company, it worked better. Teenage Bobby is breaking up with his girlfriend, Tina, but she, supported by her protective friend Jill, has some news of her own: shes pregnant.

Gasss brilliant idea is to cast four actors as both Bobby and Tina, and three as Jill. Besides letting us see ethnically diverse actors play these roles (the company beautifully represents the citys makeup), the concept underlines the universality of the situation, and the sense that one couples drama is reflected in the larger community.

The show is performed in the round, with all actors within sight. So even when one is talking, your eye goes to the other actors playing that role to see their reactions. And Gass gets some astonishing effects in climactic moments, having all the actors playing Jill, for instance, gang up on a single Bobby to get information.

Walkers funny and psychologically nuanced script is as relevant today as it was when it premiered in the 80s.

Mouawads script is a tougher piece to make work. Written in 2000, just before the authors acclaimed Scorched (made into the film Incendies in 2010), its a surreal play about a young writer named Willem (Neil Babcock) who holes up in a hotel room to write. His characters literally come alive in the room. Meanwhile, the -hotels landlady (Carmen Kruk) has her own complex history involving a son and some other ghosts who inhabit that very room.

Its a complex, multi-layered play that explores internal and external turmoil, and Id prefer to see more seasoned actors take it on. But there are some fine things in it, particularly the use of musical instruments and the intriguing, fragmented set (by Orly Zebak).

Dont miss the chance to see some fiercely talented young actors in one of Mouawads stronger works.