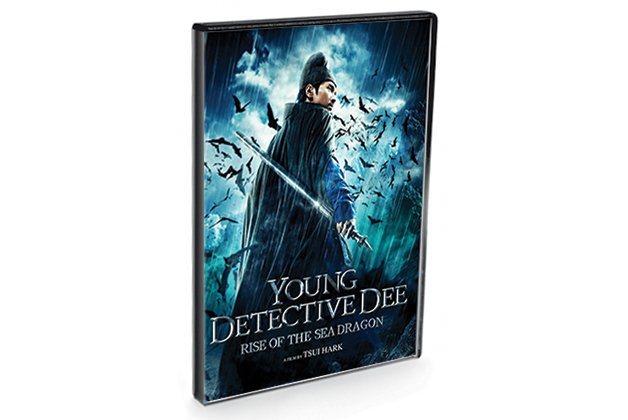 In Young Detective Dee: Rise Of The Sea Dragon, director Tsui Hark returns with a second adventure of the Tang Dynasty Sherlock Holmes. It doesn’t quite reach the imaginative heights of its predecessor, Detective Dee And The Mystery Of The Phantom Flame, but the hugely entertaining blend of mystery, romance, spectacle and high-energy action remains.

In 660 CE, Dee (Mark Chao) arrives in Luoyang to work for the department of justice, only to find that the navy has been devastated by a sea dragon and that kidnappers have targeted local beauty Ruiji (Angelababy), chosen as dragon-appeasing sacrifice by the common folk. In short order, top cop Yuchi (Feng Shaofeng) suspects Dee, and Empress Wu (Carina Lau) wants his head. There’s also a human-sized water monster lurking around.

With his usual exuberance and visual flair, Tsui makes the fights kinetic marvels, seventh-century Luoyang a bustling metropolis and the climactic battle with the sea dragon a genuinely perilous affair despite a couple of less than perfect effects shots.

There are no extras, but stay for the closing credits and catch a couple of extra scenes and some outstanding production art. Then go look up Dee and Empress Wu – historical figures with very interesting lives: Di Renjie (630-700), magistrate and adviser to Wu Zetian (624-705), China’s first and only woman ruler.