Calling all members of the Beyhive: pop's most powerful songstress will soon have an art gallery in her honour. Marjan. 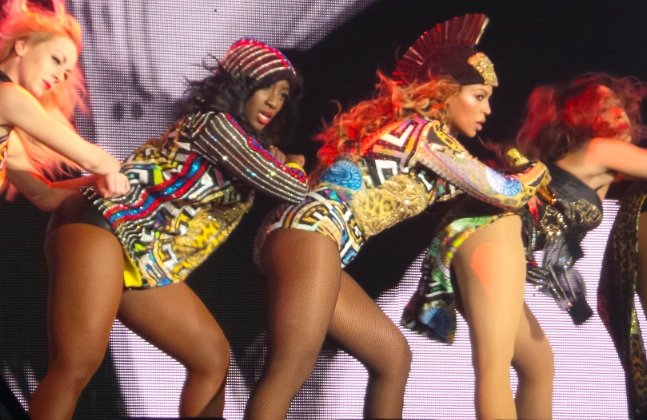 Calling all members of the Beyhive: pop’s most powerful songstress will soon have an art gallery in her honour. Marjan Verstappen and Humboldt Magnussen, two recent OCAD MFA grads, have set their sights on Beyonce’s star power to shine a light on Toronto art. The creative duo are currently crowdfunding a nomadic artist run centre called Younger Than Beyonce, which will feature Canadian artists less than 33 years of age.

Modelled in response to New York’s New Museum and their Younger Than Jesus show, Magnussen says Younger Than Beyonce wants to form community and not competition. We’re trying to get away from art world pretentiousness. This lighter approach to art is something that the Toronto scene is currently missing.

The gallery will move around Toronto, creating accessibility to art. Each exhibition will include young curators, writers and workshops, creating a networking hub for young creatives and an interactive art scene for audiences.

The art world can be not very accessible if you’re not a part of it. We wanted to create a space that’s more welcoming, Magnussen says. That, combined with the dash of pop culture tied into the gallery’s name, and the duo have successfully dodged the stale air of more traditional galleries.

Pop culture is an inescapable part of Gen Y, Magnussen says, adding that he feels a nomadic gallery speaks to that generation’s need to move around.

And while much of the gallery’s conception has centred around an idea of serious fun, both artists feel it is vital to create a venue for young talent. As a young artist, it’s hard to get people to take a risk with you, explains Verstappen. Magnussen notes that OCAD is producing 500 artists a year, creating a highly competitive environment in a scene with little space for new talent.

There was an artist that came to a class once, and I was asking him about how to become an artist, because it’s this elusive thing. Verstappen says He told me it varies between generations and that I should ask my peers… Breaking into a scene isn’t as important as creating your own. That’s what we need to do now, she adds. With these lofty aims, the duo launched their Indiegogo campaign last week to give young artists a chance and art audiences a break.

But why Beyonce? The duo says they chose the diva because of her wide appeal. Magnussen underscores the project’s sense of fun: We wanted to be kind of tongue-in cheek. We didn’t want to be any old space. We wanted to immediately put a smile on people’s face… It’s fun.