Performer, Sharron And George's Super Fun Christmas Sing-A-LongFavourite holiday drink?The holidays are all about being inclusive, so why limit yourself. 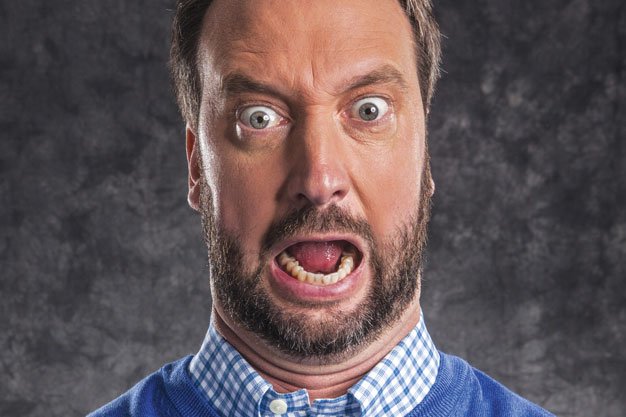 The holidays are all about being inclusive, so why limit yourself to just one kind of holiday beverage? That’s barbaric.

My husband, George, just reminded me that he got me these beautiful candle holders for our first Christmas together. So romantic. He then reminded me that I got him a digital organizer. Control freak much? It’s a wonder he even married me.

I tried to give a gingerbread snowman to a kid at Starbucks who was admiring them in the case. Then he asked if he could receive two gingerbread snowmen instead. Huh? So I continue to do the research on this subject. (This is why I do not have kids.)

This is gonna get me in all kinds of trouble, but I hate those Scrooge movies. Alastair Sim, Sims – whatever…. It just goes on and on. So I pick Scrooge McDuck, because he’s animated, so his version is probably really short and over fast.

Stephen Harper. Not only is he a political curmudgeon, but more importantly, his cover of Sweet Child Of Mine made me want to take my life. Yes, he’s not killing it as prime minister either, but it’s his musical interpretation that I truly take umbrage at.

Why should people spend their time with you, George and your guests when they can see The Nutcracker?

Cookies! Song sheets! Singalongs! Drinks! Guests from heaven – Thom Allison, Louise Pitre, Micah Barnes, Shawn Hitchins, Bruce Dow…. People, must I go on? It is the Christmas party to end all Christmas parties. And The Nutcracker… is called The NUTcracker. Base, but need I say more?

To stop binge-watching crap on Netflix while I eat my lunch. Lunch turns into dinner, and then before I know it I have lost a whole day on the Gilmore Girls. What has become of me? Oh, and world peace.

My parents got me a dog for my 12th birthday. It was mostly to distract me from the impending divorce, but still….

Giving. Especially when it’s something you’ve had a hand in making yourself.

Why should someone see Venus In Fur and not The Nutcracker or A Christmas Carol?

Because the holidays should be spicy.

Pay off all credit cards (see above).

It’s a federal election year. Some politico is going to get caught with his pants down or his hand in the cookie jar.

Your big show, BOOM, is coming up in January. To draw from the title of another Rick Miller show, give me the Hardsell about it – in 20 words or less.

My new favourite holiday drink is eggnog. Every year I have a glass of it to see if it’s still disgusting. But this year I liked it. #growingup

Is this a trick question???

Why should people spend their New Year’s Eve with you and not someone else?

Ringing in 2015 with some laughs will be a great way to kick off the new year: 2015 is a year to stay positive and have fun.

I met my amazing girlfriend, and we started touring the world together doing stand-up comedy. The worst thing that happened: I got in some trouble while wearing a Polkaroo costume.

Tweet less and use smartphone less. Try to stay positive and connected to the real people around us. Spend less time on electronics and social media. Eat more cheese.

ASH: Around the holidays I like a nice whisky cocktail with just a dash of cocaine. I call it a White Christmas.

ASH: There’s really no better gift at the holidays than getting word that you’re HIV-negative. That’s the gift that keeps giving all year! Or at least until the next time a condom breaks with a questionable man you met behind an Arby’s in Etobicoke.

SEILER: This year all I want is sleep. I just would really like some sleep.

ASH: Personally, I don’t give unless I receive. You know what I mean? I’m talking about oral here, folks.

ASH: Michael Caine in The Muppet Christmas Carol. And I bet Seiler would agree with me on this. Though Scrooge McDuck was also very well cast in Mickey’s Christmas Carol.

What can we look forward to in A Very Cory Christmas?

ASH: We wish we knew! But, hey, we still have four days to finish writing, rehearsing and memorizing! Tons of time! What’s that? Our faces are sweating?

SEILER: Us doing a huge shot at the end because we survived this week.

SEILER: Kim Jong-un. He for sure would let Tiny Tim die.

ASH: You are a horrible, disgusting, nightmare of a human being. I’m shocked I haven’t dated you.

SEILER: Stop eating like I have the metabolism of a teenage boy.

ASH: Start taking some risky diet pill that will allow me to eat like I have the metabolism of a teenage boy.

SEILER: Something my ex-boyfriend bought me with my debit card.

ASH: An ex bought me an iPad case once. I’ve never owned an iPad.