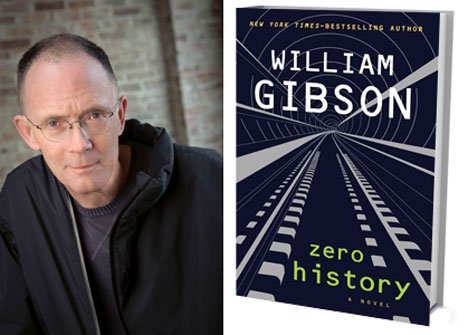 In his 10th book, William Gibson returns to the amoral financial genius Hubertus Bigend, the main character of his last two novels, to anchor his story. Also back, ex-drug-addict Milgram teams up with fan favourite Hollis Henry to track down some shady dudes working somewhere at the intersection of military contracting and fashion design.

Funny thing is that after three novels, I still don’t feel I know these characters very well. Gibson’s books are unique in that the actual people in the plot play second fiddle to the technology they use. The iPhone, the Macbook, the main character’s Twitter account, even a surveillance balloon that looks like a penguin all have much more life than the people.

Which will make Gibson fans very happy. He’s a master at capturing the techno-cultural zeitgeist of an era, and the characters here hop from London to Paris to North Carolina with ease facilitated by their highly connected lives. The opening scene takes place in a London hotel called the Cabinet (i.e., of Curiosities), where Gibson describes an exquisite mélange of steampunk memorabilia.

Gibson is also very clever at writing dialogue and staccato, unfinished thoughts that remind me of Elmore Leonard at his best.

However, I was left a bit underwhelmed by the climax, which involves little more than a punch to the nose and a well-placed taser. Gibson tries to write like a crime novelist, but his technology fetish slows him down.

Gibson appears with Andrea Levy, Miguel Syjuco and others at Penguin’s 75-year celebration on Tuesday (October 26), and in conversation with David Mitchell on Wednesday (October 27).