An interactive light display is opening under the Gardiner 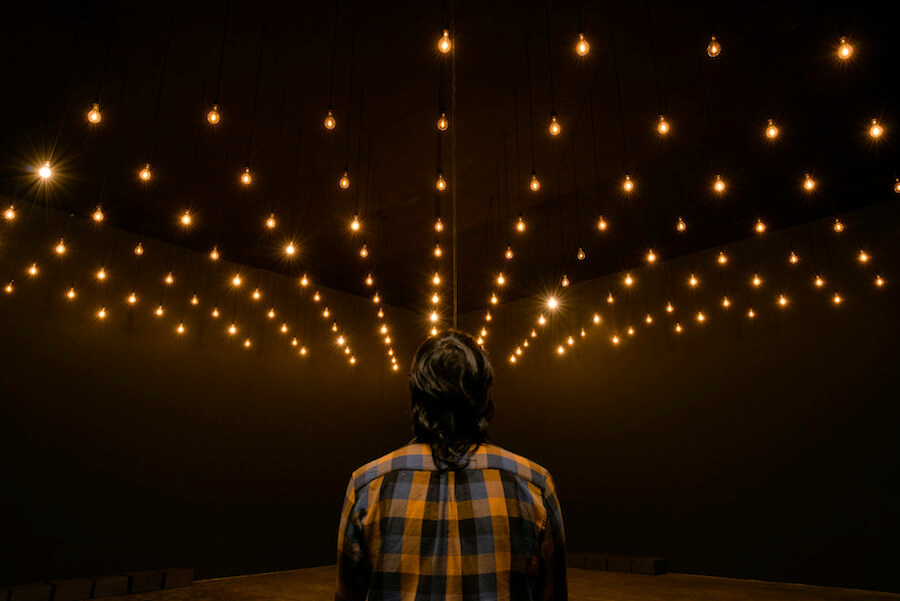 Courtesy of the Bentway

An interactive light and sound installation will go on display in a so-called “secret room” under the Gardiner Expressway at Exhibition Place.

Created by Mexican-Canadian media artist Rafael Lozano-Hemmer, Pulse Topology features 3,000 hanging lights that react in real time to heartbeats. It will be on display for the month of October.

The free show, a collaboration between the Bentway and Exhibition Place, uses “touchless biometric sensors located throughout the exhibit” to pick up on viewers’ heartbeats and alter the light display, according to a press release. The lights will be arranged to resemble upside-down mountains and valleys.

Pulse Topology will take over a storage space under the Gardiner just west of Strachan that has never been used for a public event before, organizers added.

“This project is a continuation of the Bentway’s growing movement to explore the many possibilities of the Gardiner,” said Bentway co-executive director Ilana Altman in a statement. “For one month, beneath the artery of the Expressway, Rafael’s work will demonstrate the city’s shared agilities, imaginations, and ambitions for the future of Toronto’s infrastructure.”

The storage space at Exhibition Place has never been open to the public before.

Lozano-Hemmer added that the idea behind the work is to visualize human vital signs after periods of social distancing during the pandemic.

“The piece consists of a labyrinth of lights and speakers reacting to the pulse of participants, creating a connective, immersive experience from individual biometrics, reminding us that we are not alone,” he said in a statement. “The work is a memento mori, celebrating our fleeting existence.”

The Bentway and the Ex are also teaming with the Centre for Addiction and Mental Health (CAMH) to bring health-care workers from across the city to see the light display and be the first add their heartbeats to the work.