Ovo is the most family-friendly Cirque du Soleil production I’ve seen, and also the most unified in terms of theme and design.[rssbreak]

As for the stunts, as always the world’s premiere haute couture circus troupe finds inventive ways to fulfil its chief mandate of defying gravity and earning those “Oooo”s.

Colourful insects, like nimble 3-D versions of the Bug’s Life cast, converge around an enormous, mysterious egg. What does it presage? Renewed life? Hope for the future? An Ovo sequel in 2011?

Never mind. The egg pops up throughout the show, setting in motion a series of jaw-dropping showpieces. There’s a cute little scene involving an army of red ants on their backs who use their nimble feet to juggle oversized kiwi fruits and corncobs. Incredible, even if the image does evoke something from the Charlotte’s Web cartoon.

Another showstopper involves an enormous, furry caterpillar creature that appears as if from some hallucinatory dream. Its limbs are like hairy Slinkies, and it seems to have no centre. For the first part of the scene you’ll simply be wondering how the trick’s being done. Put your brain on hold and enjoy.

A trio of clowns, including a sassy ladybug (Michelle Matlock), an effete creature in blue (Joseph Collard) and a pompous outsider (François-Guillaume Leblanc), try to fill time, but their extended antics aren’t as funny as they could be. The first-act closer, a flying trapeze act, has also been bettered by the company in previous shows. 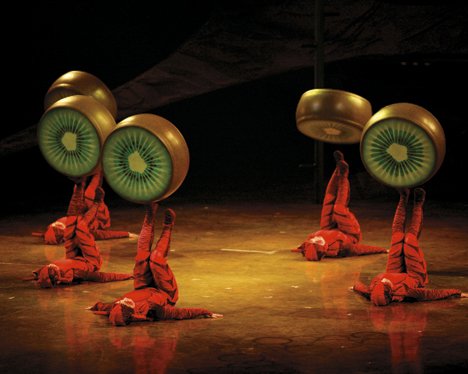 But a second-act slack-wire scene involving Li Wei, who seems to be balancing on a thin string, is one for the ages, as is the grand finale, which incredibly mashes together trampoline work and rock climbing.

This is the first Cirque show where the world-music-inflected score is beautifully integrated throughout. In one sequence, a Brazilian number helps to evoke a rainforest feeling, and during the suspenseful, will-they-fall-and-break-their-necks moments, the music adds to the drama without being cheesy.

What Ovo proves is that when you have an artistic vision and – let’s face it – the deep pockets few arts organizations have these days, it’s possible to create stage magic.

At its best, the company is – in the original sense of the word – awesome. 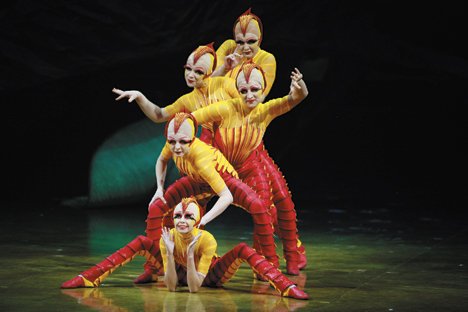 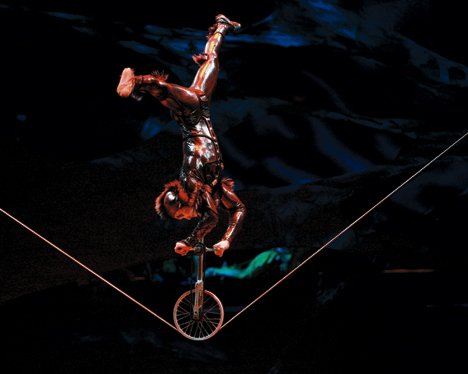 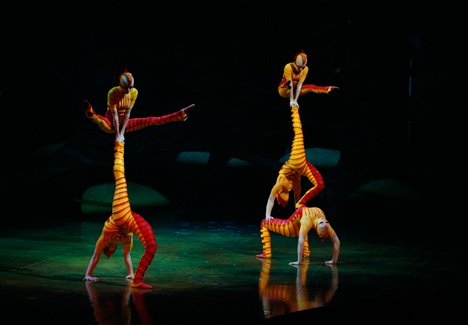