The biggest stage trends of 2022

As COVID-19 has shut down live theatres this month, expect more live-streamed, audio and outdoor shows – at least for the first part of the year 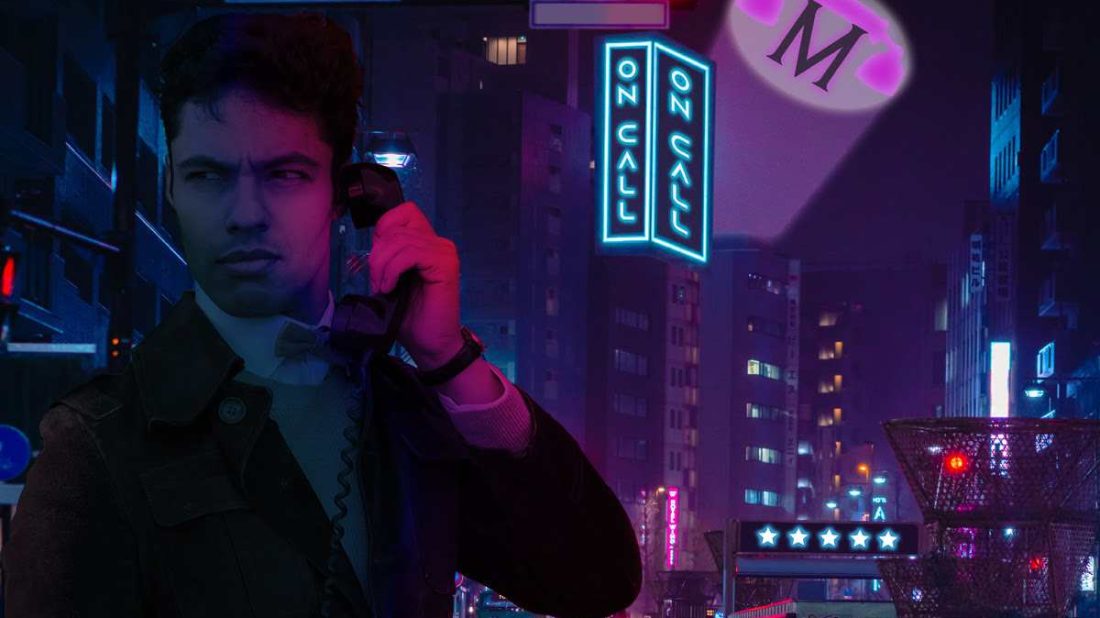 Photo by Dasha Peregoudova, image by Jared Olsever, logo by Anahita Dehbonehie, courtesy of Outside the March.

Sébastien Heins and other inspectors at the Ministry Of Mundane Mysteries are on call this winter.

The rapid spread of the Omicron variant has halted the return of live, in-person performance – at least for the next month or so. While many theatre, dance and comedy companies have live shows programmed afterwards, it’s best to check with them first to see if they’re still going ahead.

In the meantime, here are some stage trends to look forward to in another uncertain year.

Sure, screen fatigue is a thing. But many companies have discovered that live-streaming performances adds a spark of excitement to the proceedings. And some are taking interactivity to exciting new places.

The Complex at Next Stage takes interactivity to a new level

Half of the Fringe’s 10-show Next Stage Festival offerings (January 19 to 30) are digital this year – and, as clarified earlier this week, many live shows will now be presenting some sort of digital version. One of the most intriguing is Chantal Forde’s The Complex, an immersive online experience that takes place in a dystopian future in which participants work together to select society’s future leader. You can choose to be either part of the Community (i.e., interact with actors and other viewers) or the Chamber (view a live stream and participate – or not – in a chat window and take part in polls). The Community uses Gather (no need to have a Gather account), while the Chamber uses Zoom (don’t worry: your camera and microphone will be deactivated). fringetoronto.com

Factory Theatre’s Year Of The Rat (February 24 to March 5) is a series of mono-dramas about our connection to places in our homes – something we’ve all obviously contemplated during the past 21 months. Augusto Bitter, Charlotte Corbeil-Coleman, Rosa Laborde and Anita Majumdar perform their own works, each in a different part of their own homes, live each night. factorytheatre.ca

And few companies have gone all-in with video streaming like Bad Dog Theatre Company, who present livestreamed improv comedy regularly with Bad Dog Comedy TV. There’s nothing like watching a show on YouTube in real time, but most of the shows are then uploaded so you can watch, and laugh, later. baddogtheatre.com

One thing theatre companies did last year was step up their audio game. Both Soulpepper and Factory Theatre presented wonderful mini festivals of audio dramas.

Factory is presenting a second season of You Can’t Get There From Here, commissioning five more audio theatrical works that are set in and around familiar Toronto landmarks and neighbourhoods. This year’s playwrights are Marjorie Chan, Ins Choi, Amy Lee Lavoie & Omari Newton, Kat Sandler and Guillermo Verdecchia. factorytheatre.ca

Also back this year is Outside the March’s enormously successful The Ministry Of Mundane Mysteries, in which intrepid investigators take any mystery you might have and solve it for you over the length of one hour-long phone call. You can book for any time that works for you. Right now the ministry is taking cases to be solved from January 10 to 31, but dates for February should be opening up soon. mundanemysteries.com

Harry Potter And The Cursed Child should bring some much-needed magic to the theatre this spring.

Harry Potter for a Cursed year

Will a bit of magic solve the theatre industry’s woes? Mirvish Productions is hoping so. After permanently closing its production of Come From Away and cancelling the North American premiere of Tom Stoppard’s Leopoldstadt, the company has a lot riding on its mammoth spectacle Harry Potter And The Cursed Child. The all-Canadian cast of this sequel to J.K. Rowling’s beloved series includes Trevor White, Sarah Afful, Gregory Prest, Trish Lindström, Steven Sutcliffe and Sara Farb and Fiona Reid, both of whom were part of the Broadway ensemble. Performances begin May 31 at the Ed Mirvish Theatre, so that gives the province more than five months to get its pandemic act together. mirvish.com

If the virus is still rampant throughout the winter and spring, expect many more companies to present outdoor shows. Provincial restrictions on rehearsing last year meant many companies couldn’t take advantage of outdoor art. But don’t be surprised if more street, park and pop-up shows take over the city. Musical Stage Company is bringing back its Musical Moments series of movement- and song-based programs taking place in outdoor spaces. Even if indoor theatre is allowed, it’s a great way to check out pockets of the city during the warmer months. musicalstagecompany.com

As the pandemic rages on and arts companies lose their venues (Tapestry Opera and Nightwood Theatre’s leases aren’t being renewed at the Distillery District in 2022), the entire industry will be in jeopardy. One more year of uncertainty could decimate the scene. Higher profile fundraising activities and more activism around public arts funding could help companies survive.