THE LAST PARTY by Nicky Phillips and Steven Gallagher (Next Step). At the Tarragon Mainspace. July 8 at 1 pm,. 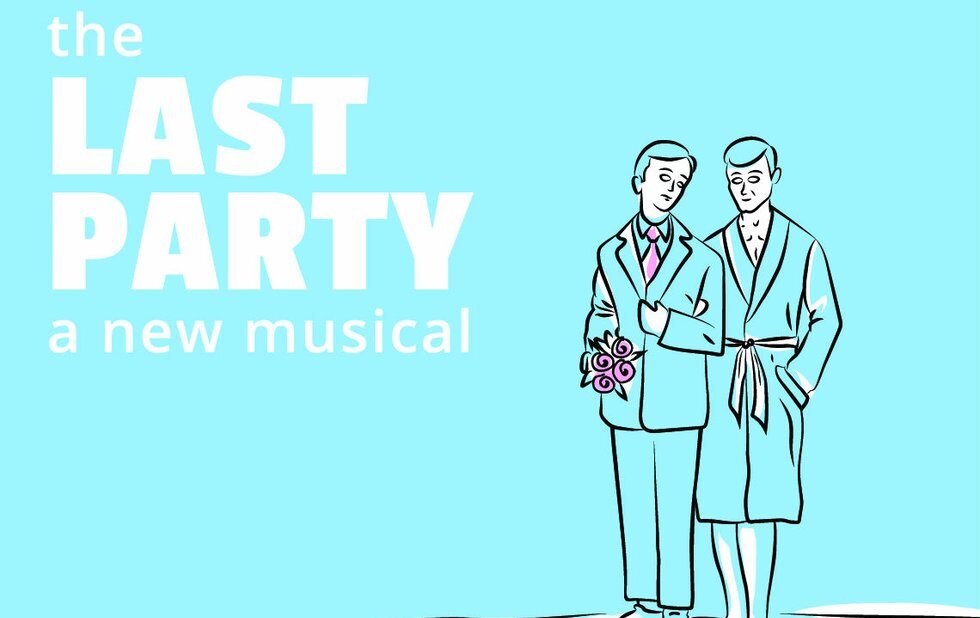 The Last Party so desperately wants to be a three-kleenex musical that it crams as many life-changing events as possible into 90 minutes. It forgets that we need to know the characters before we care.

Dylan (Michael Lomenda) is dying of brain cancer. Before he dies he wants to marry his boyfriend Trevor (Jeremy Legat), as he had always promised, and he wants to plan his funeral, his last party, in the minutest detail.

Both tasks are made difficult for Dylan and for Trevor and Dylans sister Ruth (Jessica Sherman) because late-stage brain cancer causes memory loss and aggression. Thus the musical is filled with laments. Dylan, Trevor and Ruth lament Dylans dying and forgetting, while Trevor and Ruth chide themselves over their unwanted roles as caregivers.

Through flashbacks we see key moments in the characters past Dylans coming out, Dylans meeting Trevor, Ruths water breaking before giving birth. With so much incident Steven Gallaghers book doesn’t give us enough insight into the characters personalities for us to become involved in their suffering.

Due to the doleful nature of the subject matter, Nicky Phillipss songs all tend to sound the same. Thus, it falls to the superior singing and acting abilities of the cast to give their sketchy characters as much depth and individuality as they can.