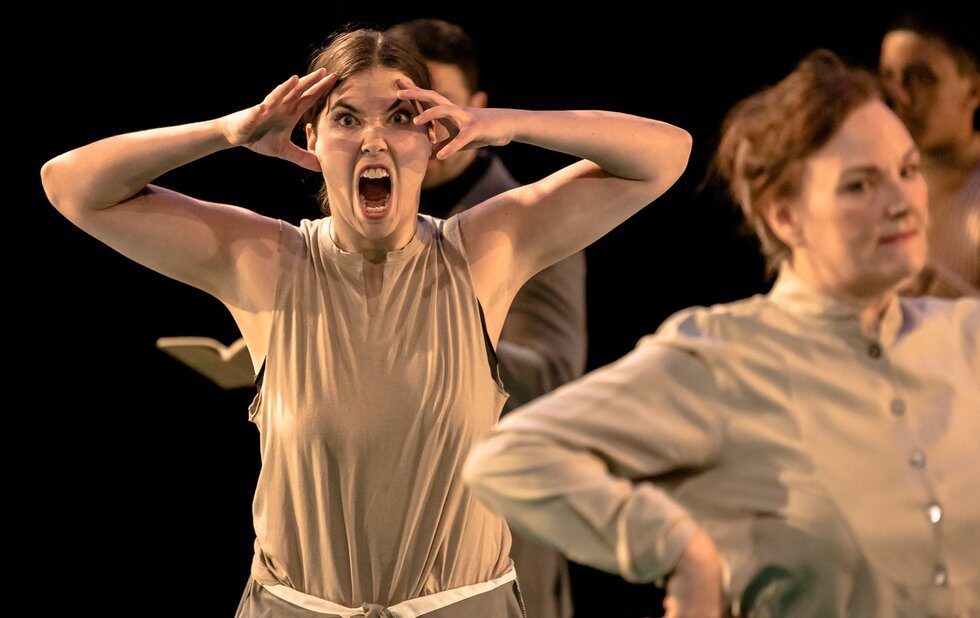 A tale of two pairs of young lovers whose ardour is foiled by interfering, forest-dwelling fairies and farcical thespians, Midsummer Nights Dream so brims with enchanted elements that stagings run the risk of being unbearably twee.

As realized by Rusticle artistic director Allyson McMackon, however, the plays essential wisdom regarding the mercurial, even cruel nature of desire cuts through the narratives fanciful surface, while the intensely physical buffoonery and unpredictable dynamism keeps the show endlessly buoyant, treating the text as something elastic, a standard to jazz over with wild shifts in tempo, curveball digressions and lots of delightfully weird bird-like gasping.

You never know what lines or moments will be emphasized or when Violent Femmes or Bob Fosse might slip into the mix. The production is also unusually purposeful in its gender-bending casting, attending to Shakespeares commentary on gender roles and body parts in consistently clever and amusing ways. Who thought deconstruction could be this fun?

This Dream transpires on an unadorned emerald ring that resembles an immense lily pad. There is no set to speak of, no props except for musical instruments, yet the space is ever-changing under Michelle Ramsays gorgeously eerie lightning design, in which illumination seems most often to reach the restless players through a canopy of tangled branches. Brandon Kleimans costumes run the gamut from leather-and-buckle fetishwear to pink and sparkly athletic gear and somehow it all manages to cohere, albeit very gradually.

As for the ensemble, its meant as a compliment when I say that there are no standouts because there are also no weak links.

Despite the sometimes punishing choreography, each of the 13 cast-members, who vary tremendously in age, experience and body type, are uniformly excellent, exhibiting distinctive personae and richly idiosyncratic character choices while adhering every last one of them to a clear, unified performance style.

Overflowing with ideas and almost assaultive in its spectacle, this midwinter treat runs over two and a half hours, yet flickers past like the strangest, deepest and most beguiling of dreams.