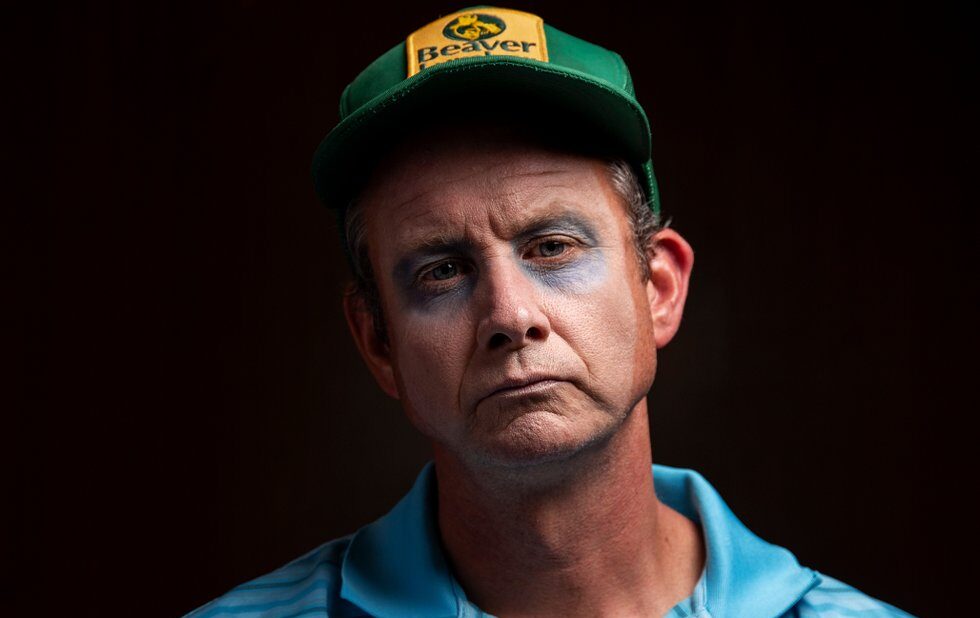 There are lots of insights and just as many frustrations in Footnote Number 12, James Long and Andrea Spreafico‘s experimental piece about reading a 13-year-old article with the hyper-awareness and sensitivities of today.

Long’s unnamed character, made up to look like a humble seed farmer (why?), leads us through several passages in David Foster Wallace’s 2006 essay about tennis player Roger Federer. Focusing on words like “spouse,” “first man” and “a lot,” he analyzes and overanalyzes the text with a neurotic fervour.

His voice is modulated in real time by Nancy Tam sometimes it’s a helium-inhaling Chipmunk squeak, at other times a basso profundo (usually when he asks the audience to read along, Bible-style, to Wallace’s writing). And he also engages in a couple of banal games that hint at his character’s insecurities and competitiveness.

The piece, part of SummerWorks’ Lab series, is still in development. Right now, it’s unclear where Long and Spreafico (who also directs) want it to go. There’s an interesting theme about populism and superhero movies near the end that is intriguing.

At times the vocal modulations are difficult to hear (this is a piece that would benefit from headphones). Much of the philosophical, self-reflexive and drily funny text would work even without such manipulation.