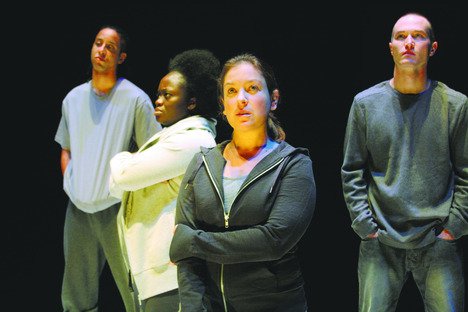 If you missed The Middle Place at SummerWorks 2009, now’s your chance to catch Project: Humanity’s bold and funny verbatim project filled with the voices of people living and working in a Rexdale youth shelter.

In 2007, writer and performer Andrew Kushnir began taping interviews with residents and caseworkers about how they came to be in the shelter, what the experience was like and where they saw themselves in the future. The responses run the gamut from hilarious to heartbreaking.

Kushnir introduces a dynamic group of characters who live in this societal middle place for different reasons. Lack of support and abuse fit in, but there are no easy paths to sympathy here one of the most riveting elements of the production is how the specific struggles are communicated with so much humour and warmth. We’re never invited to feel pity – just to listen. At least three want to go to university, a few want to be actors, while another is attending nursing school. Many keep the fact that they’re living in a shelter a secret.

Kushnir plays himself, addressing the other four performers from the balcony of the theatre. The talented ensemble – Akosua Amo-Adem, Antonio Cayonne, Jessica Greenberg and Kevin Walker – adopt many distinct physical and vocal choices, although there’s occasionally some confusion as to who’s who.

Walker dazzles as the hard-eyed Aiden carefully telling Andrew how he met his girlfriend, but his presence is disappointingly brief. The vignettes tantalize but don’t fully satisfy.

Director Alan Dilworth’s meticulous staging and Jung-Hye Kim’s circular white platform further tighten the focus on the four performers in the blackness of the Berkeley stage. Under Kimberley Purtell’s luminous halo of light, it offers a safe but blank slate for the young residents, who fill it with the drama of their own lives.

Kushnir often reminds us that we’re getting an edited selection of characters who are heard from very briefly. There’s no possibility of telling any one story fully, but the montage of articulate voices arouses empathy.

And there’s nothing middling about that. 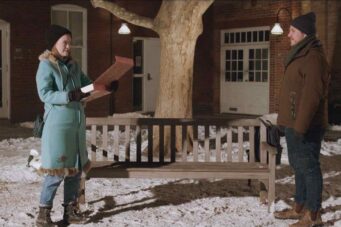