Trigonometry is well acted but needs a lesson in narrative logic 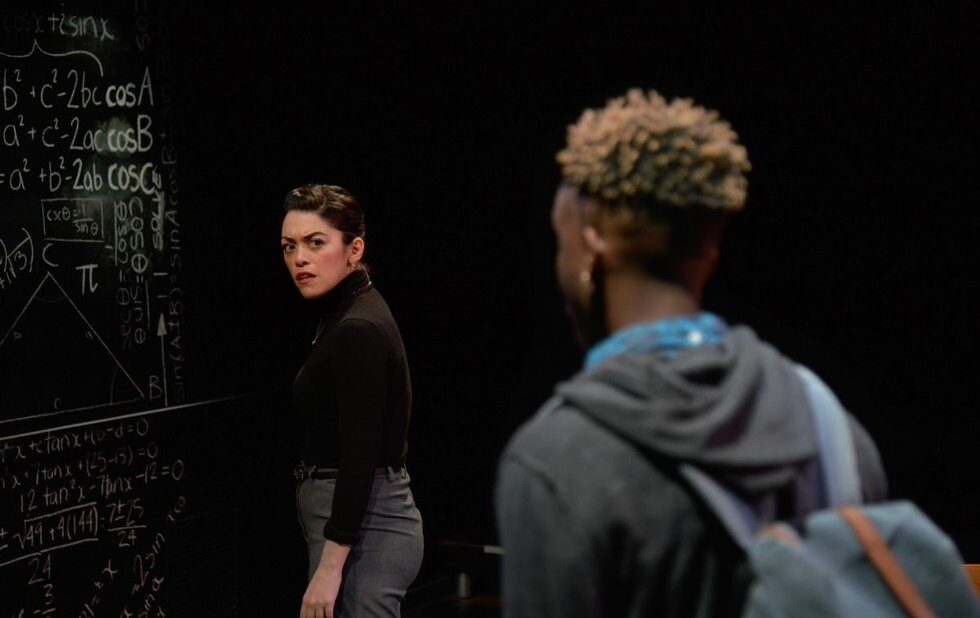 Emerging playwright Rob Kempson‘s ambitious and impressively produced trilogy The Graduation Plays tracks the emotional lives of high school teachers and students navigating the social rigours of the Ontario secondary education system. Imagine an elevated after-school special or a good episode of Degrassi and you won’t be far off, except that this final instalment needs a few dramaturgical tweaks before it’s ready for prime time.

An opening scene between Gabriella and Susan establishes the hot-button issues to be explored: Gabriella is big into “family values” and staunchly opposes the province’s new sex-ed curriculum, but she’s also getting divorced and flirting with so many guys on Tinder that she can’t keep their names straight. Susan – more demure and progressive than her long-time pal – has been tasked with investigating reports of hazing on the school’s volleyball team. In two ensuing cat-and-mouse power-play scenes, Jackson finds himself entangled in both issues.

The play’s biggest problem is that the tactics employed by the characters in their intense verbal sparring matches (especially in the guidance office scene where Jackson is confronted by Susan) don’t always seem logical or properly motivated. A related issue is that the big twist in each showdown (no spoilers here) can be easily deduced well in advance.

The good news is that all the other elements – performances, set and sound design and the overall premise – are solid. The only thing Trigonometry needs to make the grade is a reworking of its main conflicts (this is where a good dramaturge could really help) so audiences aren’t frustrated when characters seem to ignore obviously more advantageous courses of action.