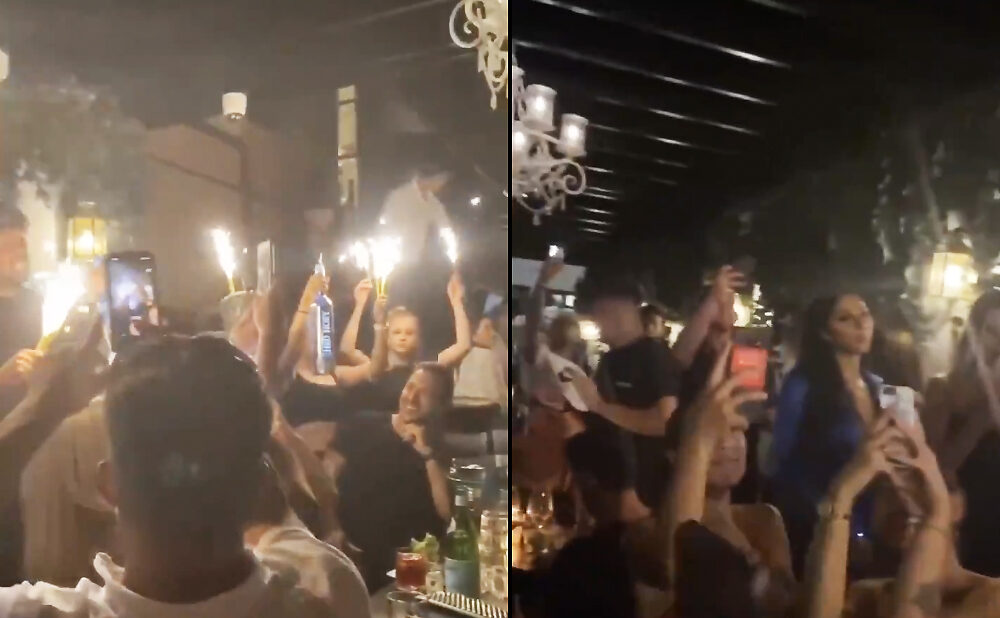 Marbl on King West is currently being investigated by authorities after video circulated on social media this week of a packed patio purportedly belonging to the bar.

On Wednesday, Toronto mayor John Tory said that the AGCO is investigating the distancing and safety practices at the King West steakhouse, which was previously home to Drake’s restaurant Frings.

The video, which garnered more than 32,000 views on Twitter, shows a group of servers holding up drinks and sparklers next to patrons clustered side-by-side in a partially-covered outdoor seating area. No one in the video appears to be wearing a mask.

In a statement to the Canadian Press, Marbl management said that a storm kicked up during service Friday, and servers were forced to bring the group under the covered section of the patio.

“The two minutes of footage that has been shared is an anomaly and not reflective of the rest of the evening, which was all socially distanced,” the club said.

The investigation follows a number of reports of restaurants in the King West area not sticking to social distancing guidelines, which state that patrons must be seated a minimum of six feet apart.

Both Regulars and Ruby Soho were singled out online for poor distancing practices in lineups and on patios after patios reopened. Meanwhile, Goldie was shut down by authorities for allegedly hosting a secret indoor party.