Toronto's high-end dining scene may have. 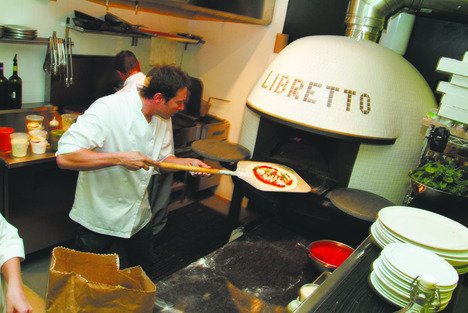 Toronto’s high-end dining scene may have gotten its keister deservedly kicked in 2009, but those specializing in quality product at budget-friendly price points rarely go out of business. Here are our picks to click for the coming year.

Lucky lightning will likely strike twice with the soon-come opening of the provisionally titled Enoteca Sociale by the crew behind popular Pizzeria Libretto (221 Ossington, at Dundas West, 416-532-8000). Located on Dundas west of Ossington – notice a trend? – the new Italian trat will focus on freshly made pasta and cheese. 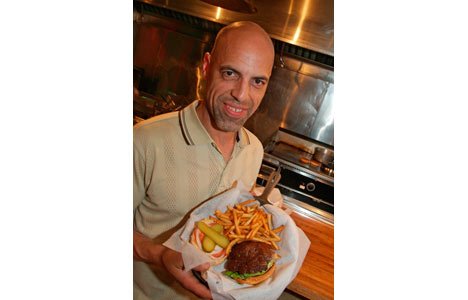 Though Jamie Kennedy took a big hit in 09, his downsized Gilead Café (4 Gilead, at King East, 647-288-0680) continues to pack ’em in. Starting next Thursday, the Corktown cantina starts its first-ever dinner service, the following Sunday its inaugural brunch.

The Harbord Room (89 Harbord, at Spadina, 416-962-8989) stopped doing brunch months ago. With the kitchen open till 2 am Saturday night, then re-opening the next morning at 11, brunch wasn’tgoing to happen. But now Harbord is putting its energy into special Sunday-night suppers, when 45 bucks gets you a five-course “blind” prix fixe. Cocktail pairings, too. Bring a flashlight.

Those who fondly remember the Biryani House on sadly demolished Roy’s Square will be heartened to learn that owner/chef Debu Saha – now of uptown Debu’s (552 Mount Pleasant, at Belsize, 416-927-9340) – looks to launch a new BH in Kensington Market later this spring. Saha says the new joint will be a return to his Roy’s Square roots and offer inexpensive Indian take-aways and thalis.

They might have closed their Atelier in Liberty Village, but Marc Thuet and Biana Zorich are set open a fourth Petite Thuet in the former Zoulpy’s Deli on King East in the very near future. Zorich describes the new location as a “commissary kitchen, bakery and large production patisserie.” Think Gilead Café. There’ll also be a 120-seat patio come summer.

Might we suggest shooting it in a women’s prison?

“Breaking out of the mould is the name of the game now,” says Cutrara.

And beginning February 9 and running through February 23, Allen’s (143 Danforth, at Broadview, 416-463-3086) presents its fifth annual Steak Festival. Count on 40 different cuts of beef and bison from 26 area farms, all designated by breed, feed, age and sexual preference.