Foodora is pulling out of the Canadian market 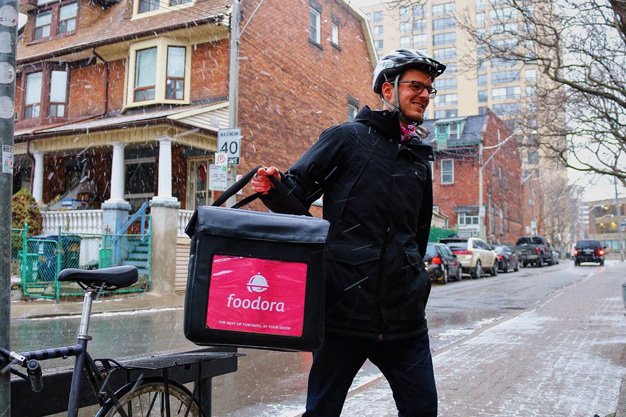 Takeout delivery app Foodora announced that it plans to cease operations in Canada.

In a press release, the Berlin-based company says it has “filed a notice of intention” to close its business due to lack of profits and increased competition. The final day of service will be the end of day on May 11.

“Canada is a highly saturated market for online food delivery and has lately seen intensified competition,” the statement reads. “Foodora has unfortunately not been able to reach a strong leadership position, and has been unable to reach a level of profitability in Canada that’s sustainable enough to continue operations.”

Foodora says it’s “putting together a proposal to provide additional recovery support to employees,” but details of that support were not released.

“We’re faced with strong competition in the Canadian market, and operate a business that requires a high volume of transactions to turn a profit,” said David Albert, managing director of Foodora Canada. “We’ve been unable to get to a position that would allow us to continue to operate without having to continually absorb losses.”

The decision to exit Canada comes in the wake of a landmark decision at the Ontario Labour Relations Board (OLRB) designating Foodora couriers “dependent contractors” rather than “independent contractors,” which means they have the legal right to organize and form a union.

Foodsters United, CUPW Courier Local 104 have just learned alongside all workers that Foodora are closing their Canadian…

Posted by Justice for Foodora Couriers on Monday, April 27, 2020

On Facebook, the courier union, Foodsters United, said the company’s decision “demonstrates a complete disregard for the wellbeing of us workers in an already extreme and uncertain time. Foodora has left restaurant partners, as well as couriers, without significant notice.”

Foodsters United said the company was now leaving thousands of vulnerable workers stranded during the pandemic.

“[Foodora’s parent company] Delivery Hero like all gig economy employers has treated this as a numbers game where market control takes priority over the lives of real hard working couriers,” the post continued.

Since 2019, couriers and drivers have been fighting to join the Canadian Union of Postal Workers (CUPW) under the Foodsters United Banner. Foodora had maintained that its couriers were independent contractors and therefore were not entitled to lost wages following injury, paid sick days or supplying gear.

“This win is a big precedent for anyone in the gig economy who worries about their health, safety, and security,” said Pablo Godoy from the private-sector union, UFCW Canada, at the time of the OLRB ruling. “Fighting misclassification has become a viable avenue to unionization, in some very unstable and dangerous workplaces, and for many very precarious workers.”

Foodster United is planning to hold a virtual general meeting tomorrow, which was originally to discuss collective agreement demands, to bring workers together and identify what support is needed. NOW has reached out to the union for further comment on Foodora’s decision to leave Canada.

Foodora has operated in Canada for five years and expanded to 10 cities. In Toronto, other delivery apps include Uber Eats, DoorDash and Skip the Dishes.

“Riders have long tried to bring positive changes to the company’s attention but were ignored every time. That was a major catalyst for the unionization drive. By closing, the company is now again saying it would rather leave hundreds of vulnerable workers without any income than listen to those workers’ suggestions for change,” the statement reads.