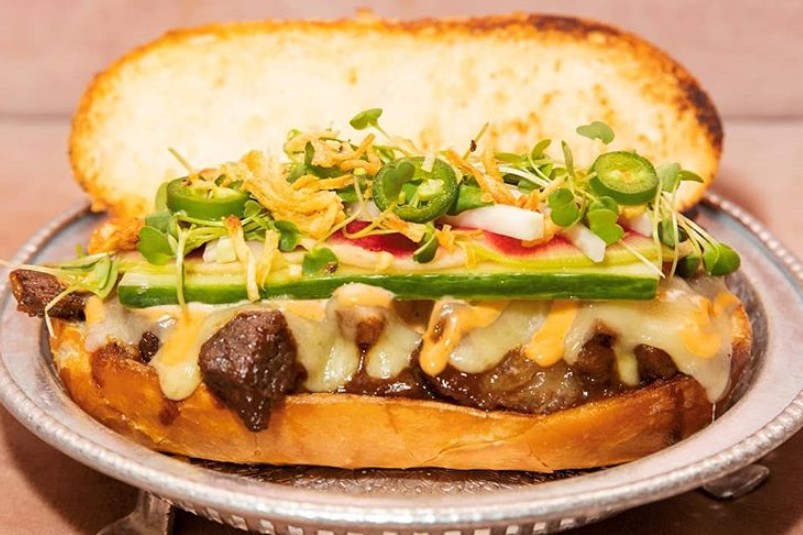 The massaman beef sandwich from By Chef Nuit

The COVID-19 pandemic has been tough on a lot of restaurants, but it’s also been a good opportunity to get creative and try out new concepts in a relatively low stakes environment. The latest case: Toronto chef Nuit Regular is opening a new pop-up restaurant called By Chef Nuit.

Already the force behind a mini-empire of renowned Northern Thai restaurants including Sabai Sabai, Sukhothai, Kiin and the recently-reopened Pai, the new pop-up will let her experiment and make some comfort food Thai mashups that aren’t constrained by tradition.

Running out of Kiin (326 Adelaide West) with its own patio, By Chef Nuit launched its soft open yesterday.

Yes, it’s been a pretty downer 2020 so far to say the least,” writes co-owner Jeff Regular on Instagram. “So @chefnuitregular wanted to do something fun and creative to help lift our foodie spirits. Through @bychefnuit Chef will be breaking through her constraints of traditional Thai cuisine to bring you… pretty much whatever she feels like.”

All are comfort food twists on the kind of dishes Pai does so well, and are well-suited to take out and delivery, which they’re doing through Uber Eats. Follow By Chef Nuit’s Instagram for full opening details as they come.