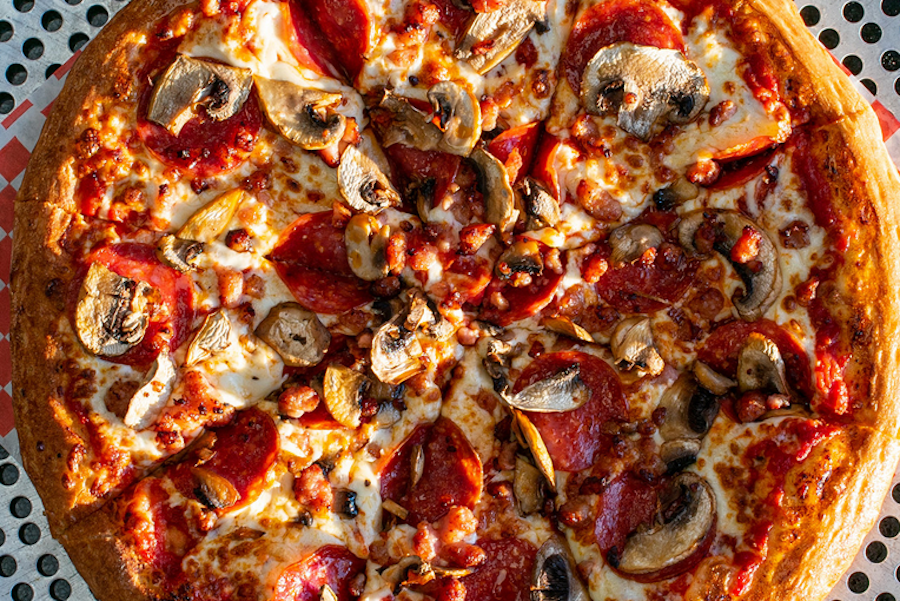 Four Brothers Pizza is opening a location on King West.

With December creeping up around the corner, lots of cozy cafes and festive bars are opening.

The bohemian teahouse Bampot is officially open with a new owner who will also be introducing coffee, wine and beer in the lounge. Now and Later opened its doors this past weekend near Bloor and Dovercourt. Miracle on Bloor St will also be having its seven-days-a-week pop-up bar with festive drinks by Bloor and Ossington, until December 26.

Here are the Toronto restaurants that announced openings and closings for the week of November 24-30.

This Halal and comfort-food restaurant that’s known for its mac and cheese is closing its College Street location downtown. In an Instagram post, the owner cited not being able to find new staff as the reason. Its Mississauga location will still be open.

The Queen West restaurant is calling it quits after three years “due to pandemic stresses,” according to an Instagram post.

True to its name, this Leslieville takeout shop opened on November 24 and only offers samosas and samosa sauces. There are eight different types samosas, with vegetarian options available. Owner Aftab Khan tells NOW they make their samosas with a thinner pastry and lots more filling.

The one-of-a-kind south Indian coffee shop recently announced they will be opening their doors on December 3. Expect coffee with chicory included in the blends served in brass davaras. Food items will also be available, including authentic south Indian treats. Check back later this week to learn about how the shop came to be and what makes south Indian coffee especially unique.

Former Bampot employee Alex Moore is the new owner of the bohemian Harbord lounge, after the previous owners bowed out over the vaccine certificate mandate. A supporter of the proof of COVID-19 vaccination himself, Moore wants to make the space accessible and community-focused. Read more about the future plans for Bampot and what they’re currently doing here.

This at-home food business will now be opening a pickup location at the Depanneur in Toronto, in addition to their other GTA spots. Chef Shreyas Nawkar says he created POPpadum as a means to show India’s versatility and vibrant cuisine. He drops a new menu each week on his Instagram page.

Also adding a new location in Toronto is this family pizza shop, which already has a location in Oakville and Mississauga. They’re known for their Pizza Twirls and Stuffed Pizza Skulls in addition to their classic pepperoni pizza. Four Brothers also boasts having celebrities visiting their shops, such as Lil Jon, the Chainsmokers and Loud Luxury.

This espresso bar, wine bottle shop and live music and DJ pop-up space had its soft launch this past weekend. Its doors are now open every day of the week. Check out Instagram for their hours.

Singer, comedian, author and sex work activist Mandy Goodhandy’s new spot is officially opening on the Danforth this week. This jazz and blues restaurant and comedy club aims to bring the best of 120 Diner, Goodhandy’s Club, Club 120 and Old Nick. Live shows start tomorrow and the kitchen opens on Friday. Read more about it here.

A commerce company that curates local snacks, drinks and other food items and accessories will be opening a pop-up cafe in the King West neighbourhood on December 7.

This holiday-themed pop-up bar opened its doors on November 25 and will be open until December 26 from 5 pm-2 am nightly. Enjoy festive drinks like a Bad Santa, which is made of aged Jamaican rum, velvet falernum, spiced butter, oat milk and nutmeg. The On Dasher is made with gin, vanilla liqueur, marshmallow, cardamom, black pepper, lemon, cream and egg.