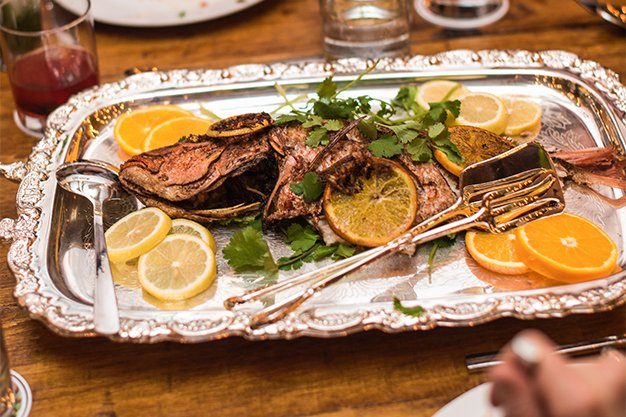 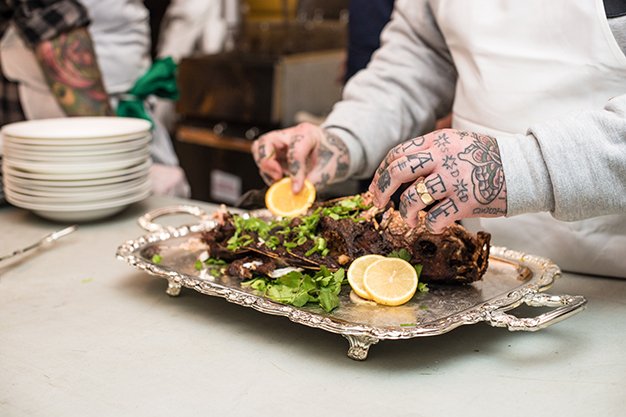 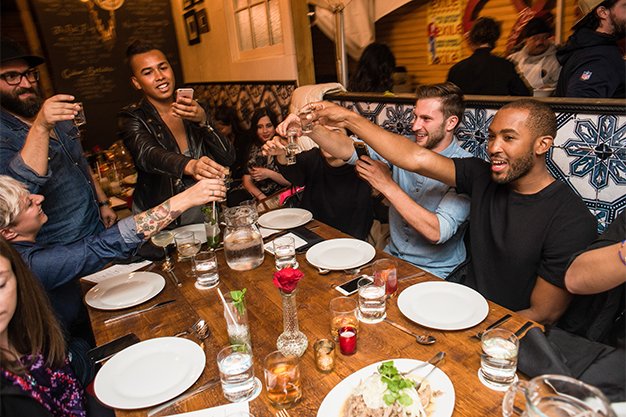 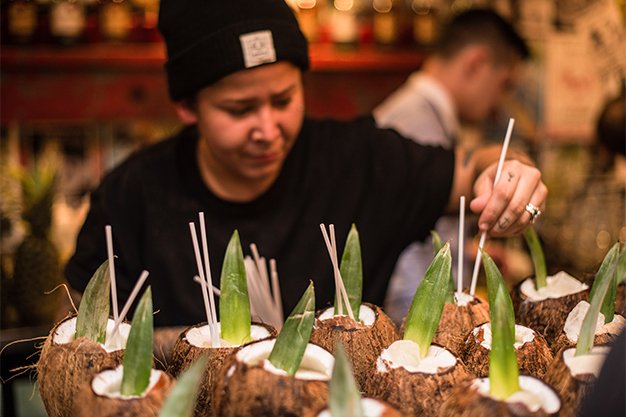 Back-alley Kensington bar Cold Tea is no stranger to pop-up dinners: every week for the past few summers, a different restaurant or chef has taken over their back patio grill for a Sunday-afternoon fiesta. But I’m willing to bet the joint has never seen a transformation quite like the Bacardi Paladar.

The two-day food event (October 28 and 29), held by the rum giant to promote their new Gran Reserva Maestro de Ron and relaunched 8 Years Old, morphed the spartan bar into a cute slice of Havana, with tile-patterned floors (are those new?), plenty of greenery and string lights, vintage posters (for Bacardi, natch) and a live Latin band blasting classics like Oye Como Va.

In the kitchen, Matty Matheson of Toronto’s own Parts & Labour and Eileen Andrade of Miami eatery Finka Table & Tap cranked out their takes on Cuban classics in heroic family-sized portions: savoury chickpeas slow-cooked with chorizo and herbed crema, deeply flavoured oxtail in a red wine reduction, and a guava bread pudding as comforting as apple pie. Matheson and Andrade made use of the Caja China grill box to slow-cook massively citrusy roast pork, as well as whole snapper plunked down on platters for diners to dish out themselves, a clever serving choice that helped build a convivial vibe.

Of course, so did the rum (and there was a lot of it). Each course came with a cocktail that, taken together, showed a fair bit of range between the two spirits. There was the Nuevo Fashioned, a take on (what else) the old-fashioned that used the caramel-hued 8 Years Old a ruby-red punch liberally spiked with spices and the ingeniously titled Bat Flip, which married Maestro Gran Reserva and molasses syrup with half-and-half and an egg white (the traditional ingredients in a flip cocktail – see what they did there?). By the time they brought out the Gran Batida, whirled up in a blender and served in a hollowed-out coconut, it wasn’t just the Latin ballroom performers who were ready to get up and dance.